Banished from the Hero's Party, I Decided to Live a Quiet Life in the Countryside - Reviews 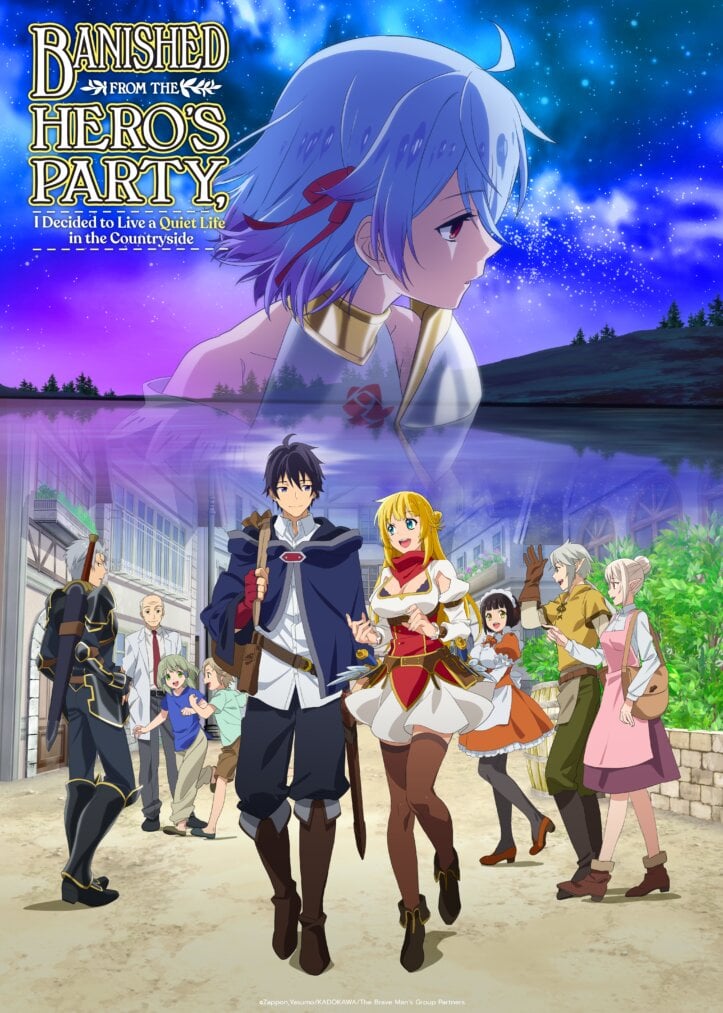 OK so for the most part I like this anime. I like the romance between Rit and Gideon but theres one thing that has been bugging me this entire time. and thats the background music.

The music is always so poorly chosen that it breaks my immersion while watching the show. Like its so bad that I cant even focus on whats happening in the story because the music is so awful. Other than that its an alright anime for killing time.

Note this is something like ep 8 in season 1, and things are starting to change. But so far this has been a pretty good show. A bit slow at times, and I thought it would get into will they won't they relationship plot. But I'm happy shocked they didn't do that like most other shows. Like they didn't have an instant love or a will they won't they. It felt somewhat natural.

As far as the overarching story there isn't much to it.

It's another world where you have hero's killing the demon king or whatever. But this one has it where one member doesn't think he is good enough to be the hero so he goes to some lazy town and tries to live a simple life. There is a balancing act between slice of life and the normal action kill monsters thing, with a leaning towards slice of life.

NOTE: I don't think this is worth another watch, but I hope it gets a season 2.

The final ep aired and it isn't half bad. This isn't one of the better ones and ther eis a lot of seen it done it type of things. But it's nice when it slows down. The problem is, when that gets a bit too boring or a story that goes no where. It goes right back to the normal adventure fighting stuff where there is an extreme seen that done that. But with that being said, I like the funeral towards the end. I wish they explained that a bit more.

A mash-up of multiple genres and yet it's pretty good.

Gideon is a member of the Hero's party but he lacks the necessary raw strength? (the anime doesn't clarify) to stand next to the Hero (who happens to be his sister). Forced to quit the party Gideon decides to run off to a small town, Zoltan, and becomes an Apothacary, where he assumes the identity of Red a mere D-Rank adventurer.

This is hardly the best anime out there BUT like with most anime out right now, it's not Escapist fantasy, with a Protagonist who has a Harem with a 12yo in it. It's a good Christian anime, for all us vanilla people out there.

Have fun watching this unless the last 3 episodes turn out to be bad in that case I'm sorry.

ive just finished episode 12 and ive got to say this is the best anime this season and ive wached like everything. what a fantastic climax

I decided to pick up this up as my chill anime for the season. But unfortunately, Banished from the Hero's Party ended up being more than I bargained for. Following Red- real name Gideon- after he is banished from his sister's adventuring party, he decides to settle down in the small town of Zoltan. When Rit- princess of Duchy Loggervia- arrives in town, she quickly nestles herself into Red's life, helping establish and run his apothecary. As the Hero's party's path starts to intertwine with his, things don't quite add up with the events leading to his banishment. Will Red and Rit be able to continue their quiet lives, or does the Demon Lord have other plans?

For me, this anime would have been significantly better if there was less plot. I loved the tender moments that Rit and Red shared while they were getting the apothecary and their home set up. The issues that arose were minor, and helped integrate them into the town. Additionally, the depiction of the romance between the two was believable and refreshing. They were not shy about the way they felt for one another, and their confidence helped solidify their strength as a couple. It began to lose my attention when it started to flash between the Hero's party and Rit, Red, and their apothecary. The plot points seemed too big for the slow pace of the first third; they took themselves far too seriously. I knew that Red needed to reunite with his sister eventually, but I wish it was done in a different way. Perhaps Red could have contacted his sister, explained the situation to her properly, and ended off with the pair coming to respect each other's decision. And as a big theme of this anime was the idea of "the individual despite their Gift", it was weird that it wasn't followed more with respect to Red and the life he chose. The last half of the end episode was nice, but I wish the same pace was kept up throughout the season.

Overall, Banished from the Hero's Party, I Decided to Live a Quiet Life in the Countryside was just okay. Nothing special, but nothing terrible either.