Thanks for your comment on my Sacred Seven review! ^_^

For the record, Sunrise's gobs of money actually come from that little franchise you might know as Gundam. :D

Thanks for your comment on my review! I'm not sure what your question is, but believe me, you do not need an answer. All there is to know is "don't watch that". Hope you oblige ^^

Thanks for the recommendation. Not sure if I'll get round to it anytime this century (busy new studies starting) but I will keep Birdy in mind next time I want something new to watch. Laters. 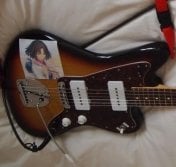 I watched the Mardock Scramble movie at a film festival last autumn...as far as I know it's not out on DVD or blu-ray yet, even in Japan, so I doubt even the fansubs are available yet. The second part of the trilogy is in Japanese cinemas next month, and will hopefully do the film fest circuit soon afterwards. I believe the movies have been licenced so we shouldn't have long to wait for them.

Viz published the original novel in English as part of their Haikasoru line though, so if you want the whole story in one go I recommend that. It's very 'cyberpunk' in the vein of GitS and those OAVs from the late 80s and early 90s (the first film is faithful to the book too).