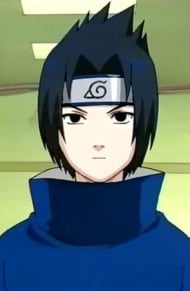 How can one be an Uchiha yet so stupid? This man killed his brother for revenge then found out that what his brother did was done to protect him and the village, then he sets out to do the exact opposite. Dumbass

He's a clown who spent his whole childhood wanting revenge. When he finally gets his revenge and here the truth about itachi he's suddenly in love with his brother again. Here's the dumb part after knowing the truth after carrying on itachis will he do the exact opposite what a dumb shit. Then he ends up with the garbage can that he showed no interest in the whole series.

Ah, Sasuke Uchiha. Most misunderstood character in the anime and Naruto community (ever since Boruto, they suddenly like him). Only hated due to loser incels and being misunderstood. They could never see past his looks and populairty from girls in exchange for the extreme trauma he had to endure at age 7-8 along with his own shortcomings before said massacre. The way he acted was human, realistic, normal, judging what he went through. To this day, he remains my favorite character and has remained my favorite character for the last 11 years. I've watched many shows, movies, anime, and read many books, manga, etc. but somehow the characters could never get to me like he did. Thank you Kishimoto for creating this wonderful character.

The best character in the series.

I don't give a shit about the other characters.

naruto = sasuke because they are friends at the end