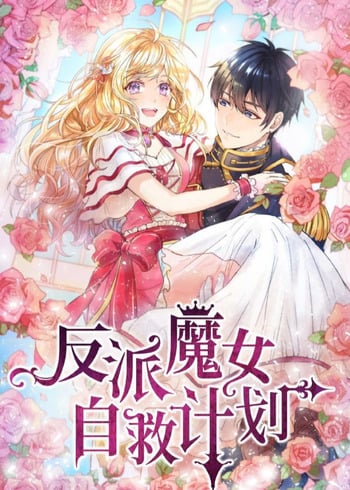 If you're looking for manga similar to The Evil Sorceress Plans to Survive!, you might like these titles.

-moving to the body of the princess

-the appearance of an illegitimate daughter

the main goal of the heroine is survival

Who wouldn't want to be a princess? You’d have maids at your beck and call, riches to indulge even your most unnecessary wants, and a dashing young prince who’d charm your socks off. But what if you became the villainess of a story? One day, Jae-eun wakes up as Sheilia Aidenrose, the notoriously cruel princess of “The Rose of Isonia.” As she knows all too well of Sheilia’s gruesome end (the novel was written by her sister, after all), Jae-eun is determined to take matters into her own hands. She won’t let Sheilia’s fate be dictated by the original novel! Little does she know that this means she’ll change the fates of all those involved, even that of the most minor characters...

Dahye always felt sorry for the villainess character Violet from the novel "For Shannon," who tragically pursues a one-sided love for Earhart, the hero. After waking up in Violet's body, Dahye sees her chance to ditch the story's love triangle and declares her feelings for Earhart are no more. Her next mission is to save Violet's childhood friend Haron from similar heartbreak by making sure he doesn't fall for the heroine, Princess Shannon. But now Earhart has suddenly confessed a renewed love for Violet, and the normally kind Shannon has become vindictive towards her. Can "Violet" and Haron find their own happily ever after, amidst all the unexpected drama and confusion?

The Prince Consort Is Passing

A lively girl, Tao Xiaoyao was isekaied and became the run-away wife of the regent king. After she was caught by her husband, he sent her to the royal family's academy for discipline! Why do I, a prince's consort, have to suffer, when other prince consorts receive lots of doting?! The dumb Tao Xiaoyao cries in pain and copies notes. I will definitely have love and study under my control!

Keep Me Company, Your Highness

A cute girl from the 21st century transformed into an ancient cat. Why did they watch and arrest the cat? What secrets does she/it have? The crown prince meets the cat girl in a special way. The unique romance story of they two begins in suspense!

A car accident sent her to a magical world, and a match made her the princess adopted by the king. Served by thousands of servants, the other princesses live an extravagant and happy life. Why does she have to live in a broken woodshed and be bullied by others? No, she must fight back! Seeing her determination, the icy king smiled and said: "This little loser is somewhat interesting."

I was poor and with no one looking out for me, so I was struggling financially. Because of this, I had trouble adjusting to school as well. My only hobby was reading a fantasy web novel "The Fake Lovers of the Academy" and imagining that I could become the main character of it. One day, after falling asleep and imagining this as usual... I woke up but instead of becoming the heroine, I'd become the villainess, Louise Sweeney, who meets a terrible ending. "Since I know the original novel, if I just avoid falling in love at first sight with the male lead, I definitely won't have a tragic ending!" Thinking this, Louise avoids the male lead. But what's this...? Unlike the original novel, the male lead passionately confesses his love to Louise, and the heroine, who she believed to be kind, has it in for her...?! How did this happen? Wasn't it supposed to all work out if I just avoided the male lead?!