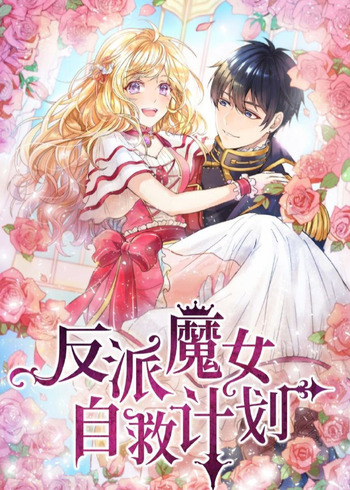 Just came here to tell you that this manhhua was dropped and there's a new remake of it called "The evil with's survival plan." 5 chapters are released right now. AGAIN I WILL SAY IT, this manhua is DROPPED and there will be a remake. Your welcome for telling you instead of you pointlessly waiting for a new chapter.

It's a basic layout of the usual reincarnated as the villainess trope. Usually, I really like these tropes especially if there's some twist.

Everything that happens in the story feels so forced. The characters seem really out of place and you don't experience character development. It's like, "hey, this man good. This one not." You can't really gradually form your thoughts on the charcters and it feels as if the authors already decided who you should favor.

If you wanna read it for the beautiful art and have your heart beat at some beautiful pixels on your screen, then by all means, go ahead cause same.

I really like this so far. The art is very cute, and all the characters appear to have some depths to them. Unfortunately, there are only 11 (short) chapters right now, so I can't make any definite statements yet, especially about the plot. It reminds me a bit of 'Who Made Me A Princess' so far, so if you liked that, go check this out.

Recommended if you like: Isekai; the standard 'transmigrating into the villainess' body and trying to prevent your death'-trope; royalty; doting fathers who are menacing and ruthless to everyone else.

Summary:
Xiao Yao, a girl from the 21st century, transmigrates into the body of Princess Albella, the villain of a novel Xiao Yao has read. She is dearly beloved by her father, the Emperor, but almost everyone else despises her. This is due to the mixture of her lack of magic, which is equal to having a deadly disease in this world, and her horribly violent temper (which seems to stem from everyone despising her). Xiao Yao immediately starts on turning this image around and has good results, until the Empire's first princess, the Emperor's illegitimate daughter, arrives.

From here on, we have pretty much caught up to the newest chapter. Albella's main 'rival' appears to be the first princess, who might not be as kind as the "original novel" would have you believe, as well as her uncle, who seems to be trying to turn her against her father.

The character interactions we've had between Princess Albella and her entourage are very sweet. They are very protective of the young princess, going so far as to intimidate the merchants into giving her lower prices when she visits the market. Her father, likewise, openly dotes on her, always taking her side without question.

Plot:
Unfortunately, we have very little plot to go off of right now, so I'm only giving it an 8/10 for the story right now - it's very standard, and there hasn't been much time to distinguish it from the rest, but I really like this trope, soo...

Characters:
As stated above, the character interactions are very sweet, and everyone seems to have depth to them - but again, very few time to establish anything special. 9/10 for now.

10/10. Very cute, very detailed, definitely something I could look at for a while longer yet.

This is quite generic and badly put together. It seems to be primarily relying on cuteness to try to be entertaining, which is often not a strong enough hook to make a story worthwhile. Abella has been transmigrated into the world of a manhua and is trying to avoid the bad ending, but there isn't much fe does on an intentional level to do so. It's all unconscious, which perhaps wouldn't be the biggest deal if other aspects of the story picked up the slack. The emperor fits into the trope space of a bloodthirsty tyrant who has a soft spot for feir cute daughter, but it isn't portrayed in a very interesting way. There is a reverse harem being built (currently with Leronne and Taminiel in it), but the story doesn't portray the relationships or even the motives and personalities of these guys very well. Seeing Abella finding Leronne attractive and seeing Taminiel getting protective of fem are somewhat shallow as far as romantic tensions go. The heroine from the original manhua, Lephaeia, seems to be scheming to make Abella look bad. And this aspect probably has the most potential to raise this story out from its mediocrity, but currently it still hasn't been explored very much and hasn't led to any really satisfying moments. The overarching problem with all of these aspects is probably the fact that things progress relatively quickly, without giving moments time to soak. One small example of this is how each chapter starts afresh, not continuing from the same scenes as the previous chapter, which can at times feel a bit clunky.

The chibi aesthetic, overlarge eyes, and shimmery glimmery coloring gets pretty annoying pretty quickly. They try to hide the simplistic nature of the drawings with colors and effects and stuff.