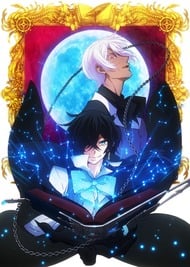 Nowadays, shounen as a genre little by little is steadily moving into the trash-tier zone and it is very close to reach its final destination. Behold The Case Study of Vanitas by Mochizuki Jun, the creator of Pandora Hearts. Is it just an average battle-shounen, or something more than that? Let us find out. The anime focuses on a story of a vampire, Vanitas, who was hated by his own kind. Vanitas, having drowned in hate and depression created a powerful grimoire that cursed all the vampires and had enough power to eradicate the monsters once and for all. Many years after, nothing is known about the poor vampire, Vanitas. Now the story focuses on Noé, a young man travelling aboard an airship in 19th century Paris to fulfil his teacher’s mission and find the Book of Vanitas. A sudden vampire attack leads him to meet the enigmatic Vanitas, a doctor who specializes in vampires and much to Noé's surprise is just a normal mortal, but also the owner of the Book of Vanitas. What are the secrets behind the vampire attacks and what secrets does the Book of Vanitas truly hide? I always tend to say that Japanese love to use many elements in their work that are completely unfamiliar for them: be it European languages, some elements of the history of Europe, its culture and many more. And, let us say, they are quite rare seen to succeed with that kind of a notion. However, The Case Study of Vanitas does manage to use various folkloric elements, including: a late-nineteenth-century France, where humans and vampires coexist, but this balance can be easily broken, steampunk airships, analytical engines and even a descendant of Donatien Alphonse François Marquis de Sade, a French nobleman, revolutionary politician and philosopher and other examples. To tell the truth, this mix somehow works and makes The Case Study of Vanitas amazingly fascinating. The story might seem simple, average and cliché at first and it will probably be like that for you, but hold on for a second. It is not just a story of a human and vampire that are trying to uncovering the mysteries of the grimoire and that just randomly stumble upon an organization called Charlatan (French for a swindler or mountebank) that corrupts vampires, making them go berserk and kill people. There is much more to it and this you will need to uncover yourself, because this is the style of the mangaka, who adores using clichés, fooling her readers and making them relax and then just breaking the whole thing, making the whole work a very unique piece that is able to stand out. This is something very difficult to explain, but you might have read it in Pandora Hearts and I do not mean the anime. With that being said, Vanitas no Karte is going the same route, but it is going to be a much better adaptation. The characters, too, might seem boring and even blunt at first, but this will change as you see more episodes of Vanitas no Karte. The series focuses on Vanitas and Noé, they are the main players and through their eyes the viewer sees the world of Vanitas no Karte. To be perfectly honest with you, there have been a number of anime, trying to make detectives as their main focus and I would say that this series is somewhat the closest to it, although, that is not the main theme of the anime. Anyways, our protagonists somehow resemble Sherlock Holmes and Doctor Watson, a tiny bit, which might be the best description to them. Vanitas looks like your goofy Casanova that always laughs and jokes even in the direst situations, but actually there is another side of a coin about him, which you will need to discover and which will make you see him in a completely different light. Noe, as the second protagonist, too is completely different person from what you might imagine him to be at first and through the series you will learn more about the both protagonists, their past, their real self, their past aims and just everything and then you will see the whole anime differently. Animation wise, I do not know, let us see. How about I tell you that studio Bones uses 18 animation directors for a single episode? Now imagine the result. I could not have expected it to be like that, it is just bloody breathtaking, making your head go crazy because of so many details your eyes need to catch and your brain will need to brand in the deepest parts of your memory. On top of that, there are also these Bakemonogatari vibes, because of the anime’s director Itamura Tomoyuki. All in all, I am not going to promise that this series will change your view on the genre and that it is going to get a place in your heart, no. In fact, Vanitas no Carte, both the source material and the anime are far from being a masterpiece. However, it does not mean that they are not great, they are, because of one fact, they are unique, something that is very difficult to find in the industry nowadays. This is only a small part of what Vanitas no Carte truly is, but there is a lot more, which I cannot and just will not allow myself to touch upon, because it is for you to discover. It might take you a while, but the journey is well-worth it.

this shit is fucking amazing. good job bones for doing the manga justice.

A vampire show that isn't super edgy or filled with overdone Shakespearean drama(well it almost did) fun characters and great animation it does a great job just having fun with a compelling story. Still give the reliable 3-4 episode test but ONLY if a second season is announced, it doesn't matter how good a show is if the story isn't complete they it's not worth it. Otherwise your in for a pretty fun and colorful ride. Now if you're still on the fence or are just bored then here's my detailed (spoiler free) review.  first the animation is Great but there hasn't been any explosive moments theater make you say "wow" but it's still good sound first the music is great and for a 1800s Paris that classical style is a nice change of pace, also the OP is great as well. Ambient noise leaves much to be desired but it's rare shows get it right anyway. for the most part characters are fun and dynamic and there are quite a good amount. And unlike other shows that feel the need to cram every characters into every episode vanitas does  a great job making character appearances and dialogue feel very natural  the story is not finished and it ended very abruptly which was a surprise since the main story was just picking up steam since most of the show was just vanitas and tan Frenchy do French/vampire Sherlock Holmes stuff.  The story when it was there was very interesting and I'm ready for more. so I would say if there is a second season watch it because it's really a fun and interesting show with many good qualities, which is all that you can ask for in a show. I hope you guys enjoy vanitas (and the hopefully a second season) thanks for the read and have a good one! 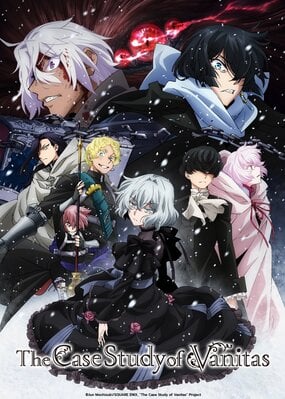 The Case Study of Vanitas 2 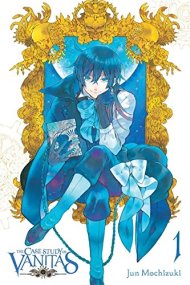