The Case Study of Vanitas - Recommendations 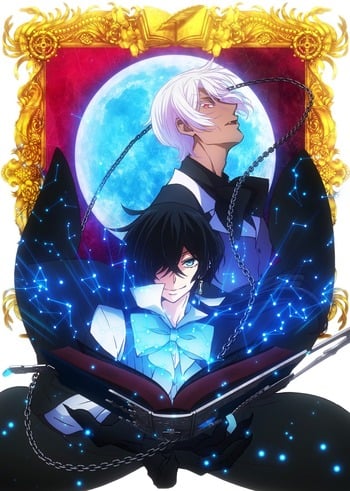 If you're looking for manga similar to The Case Study of Vanitas, you might like these titles.

With the advent of the Steam Revolution in the 19th Century, also known as the Second Industrial Revolution, civilization advanced by leaps and bounds through the use of machines driven by large steam engines. In the capital of Great Britain, London, handyman Tsukagami Tobari and alchemist Vincent are always surrounded by trouble. Just what is the true identity behind the Revenants which keep appearing before them in their pursuit of the urban legends surrounding London, the capital of chaos and vibrance?

When I woke up I was in France from a 150 years ago... Asahi, a second high school year student with a bit of a mother complex, suddenly finds himself in the late 19th century? Despite his doubts, he embarks on a journey that could change the history of art!

With 18th century Paris as the stage, in the age of automates, the city is attacked and put under siege by a maniacal Count and his giant automate. It's up to Jeep to take up her family's destiny and call upon the support of her imprisoned uncle to defeat the wicked Count before he destroys Paris and its people!

Introducing one of the most famous characters in literature, Jean Valjean—the noble peasant imprisoned for stealing a loaf of bread—Les Misérables ranks among the greatest novels of all time. In it, Victor Hugo takes readers deep into the Parisian underworld, immerses them in a battle between good and evil, and carries them to the barricades during the uprising of 1832 with a breathtaking realism that is unsurpassed in modern prose. Within his dramatic story are themes that capture the intellect and the emotions: crime and punishment, the relentless persecution of Valjean by Inspector Javert, the desperation of the prostitute Fantine, the amorality of the rogue Thénardier, and the universal desire to escape the prisons of our own minds. Les Misérables gave Victor Hugo a canvas upon which he portrayed his criticism of the French political and judicial systems, but the portrait that resulted is larger than life, epic in scope—an extravagant spectacle that dazzles the senses even as it touches the heart.

The Golden Age of Decadence

Mysterious spirits from the Lethe Valley have invaded 19th century Paris and are stealing words from people. Poetry, however, can defeat these spirits. Blighted by the spirits, famed poet Baudelaire faces a fate worse than death and decides to teach Cocteau, an illiterate orphan, poetry after sensing a hidden talent in him. But, can Cocteau learn poetry when he can’t even read? Why do these spirits from the Lethe Valley steal words from people?