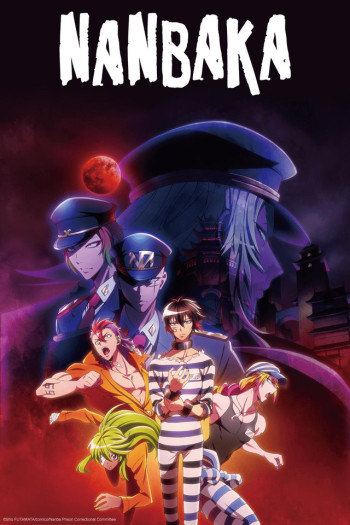 A blind boy, Shinobu, lives a peaceful life with the support of his kind teacher and girlfriend, Mikoto, training daily to learn the ancient martial art of self-defense known as “Mibuchi Toshujutsu”. Until one day, when all is stolen from him by a strange visitor who appears at the dojo. This man, defeating both Shinobu and his teacher, steals away Mikoto with him. Three years pass— In order to take back his girlfriend, Shinobu climbs up from the depths of despair, and finds himself at a remote island prison where only the most abominable kind of criminals are housed. There begins a battle royal, a free-for-all fight to the death with the villainous men within!!

On an island in the ocean, prisoners are sent to mine a mysterious and dangerous ore. One day, a soldier named Credo is sent to the island as a guard...

A secret island where only the most vicious criminals are sent to... the rules of society don't apply to Prison Island!

Nergal has been accused and convicted of heinous crimes involving magic. As punishment, he was sealed and sent away to prison to await death for forty days. The truth is though, he really is innocent! And, even though the guard Sunny befriended him...the boy's a total ditz! How will Nergal survive? At this rate, death may be more appealing than dealing with Sunny and the other prisoners and guards...

In a fictional world that believes in reincarnation of the soul. If someone accomplished great things in their previous life, the society expects that person to also be very successful in their current life. On the other hand, if one commits a great sin and is punished with a large prison sentence that far exceeds the life expectancy of that individual, he is forced to continue serving that sentence in his next life. This is a story of Haro Ahinsa and his reincarnations, that have been sentenced to 339 years of penal servitude for the his sin.