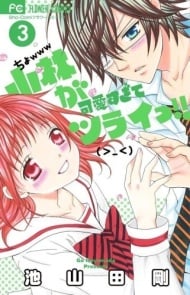 The first things that came out of my mouth: "What THE F*** IS HAPPENING" So this anime is both weird and a bit confusing. It leads you at first to this couple who look like they're in love, but it's like, awkwardly happening. I'll try to keep this spoiler free as much as possible. So there's a girl at the start with red hair in pigtails basically stuck in a hole that doesn't actually look deep at all. She was trying to trip these two walking together. The girl she hates walks over to her and offers her help out of the hole. They end up both tripping into the hole and the girl is found out to have a wig on? I cannot say much more before it's a spoiler. The second episode involves a cat falling in love with his owner and actually switches places with his rival, a human. I'll leave a small hint here that I saw earlier. This anime does NOT have any Yaoi or Yuri in it. Seriously keep that in mind when you're watching this. Ultimately I had fun both laughing through my confusion of a troll anime. The story is pretty funny but cheesy. I enjoyed the animation, but the only thing that bothered me was a few side shots of the characters looking a bit rushed. The sound wasn't bad at all either. The characters is a 6 because it got so confusing I had to rewatch just to understand who was who and what they were. Overall I would recommend to anyone who likes cheesy romance with comedy. Worth the 30minutes. 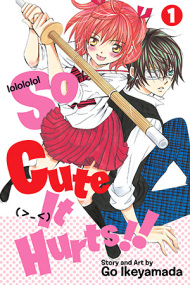 So Cute It Hurts!!