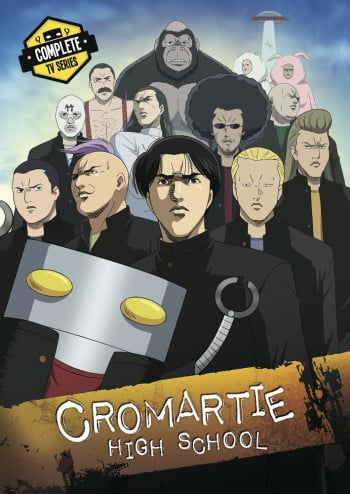 Starting up one year after the finale of the first series, the Maruhage Empire is reformed by former emperor Tsuru Tsurulina III into the Neo-Maruhage Empire, where the Hair Hunts resume and a new generation of powerful Hair Hunt generals are created. Bo-bobo, powering the abilities of his "Fist of the Nosehair" into its "True Theory" form, rejoins Beauty and the Hajike allies to take on the renewed Maruhage threat.

It's 16 years after the "Law for Public Order and Morals in Healthy Child-Raising" banned coarse language in the country. Tanukichi Okuma enrolls in the country's leading elite public morals school and is soon invited into the Anti-Societal Organization (SOX) by its founder, Ayame Kajou. As a member blackmailed into joining by Ayame, Tanukichi ends up taking part in obscene acts of terrorism against the talented student council president and his crush Anna.

In this meta parody series revolving around One Piece. Three high school students (whose names are similar to the characters from One Piece) form an after school club dedicated to the series as they go through their mundane lives, which looks similar to the stories they read from the manga.