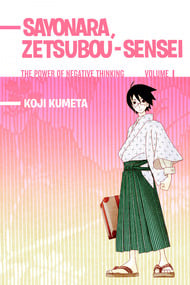 It feels like the author of this manga once heard the phrase "It's funny because it's true" and really took it to heart, without realizing that simply being true doesn't make something funny. The comedic delivery matters. Each chapter is like watching somebody brainstorming on a singular topic, even going so far as to have panels with people looking off into the distance while a bullet-point list of examples is presented in the white space. Supposedly, it's a gag manga, but the "gags" are just cynical observations about reality or culture. Rather than laughter, my reaction is "Yes, quite, those things are indeed examples of [insert chapter topic here]." It's not as though it completely lacks funny moments; it's just that they're very sparse, and are overwhelmed by the huge quantity of non-funny moments. At times, I did find myself sorta appreciating some of the satire, but the things I think I most appreciated were related to the absurdity (though a lot of the absurdity just falls flat as well...). The vast majority of the chapters just feel like misanthropic riffs on idioms or that type of thing. It's just not entertaining and at times it even comes across as preachy--like when it's commenting on the ills of society. By chapter 20, the pattern of the manga was clear. By chapter 60, I'd given up all hope for the manga improving; despair set in. By chapter 100, I began to wonder why I was forcing myself to slog through this and felt things had started getting repetitive; I recognized the pointlessness of my entire life. By chapter 130, I could only continue by playing reruns of TV shows in the background so my brain wasn't entirely deadened; the noose hung ready nearby. And finally, after over a year of sporadic reading and month-long breaks, I finally reached the conclusion (I was honestly a bit surprised that effort was actually put in to create a proper wrapping up of the series). And now with all that done, I can genuinely and confidently say that it doesn't get better later in the series. Sure, there are some shifts--the "I'm in despair" catchphrase being dropped, Chiri's psychopathy becoming more violent, the art slightly improving--but the core "hook" of the manga remains pretty consistent throughout, and it's that "hook" that is unentertaining. It includes self-depreciating jokes about how much it sucks...which is another "funny 'cause it's true" attempt at humor--or failed attempt at humor, I should say. Regarding the art, the buildings and other backgrounds are pretty well-drawn. I don't really have complaints about those. But the characters, especially in the beginning, are drawn very badly--at times to the point of being grating to look at, at times just feeling bland--and bring down the entire quality of the art. Body movements and clothing look stiff rather than fluid. Hands are drawn badly. Faces are very simplistic, to the point that many of the characters look pretty indistinguishable. I've mistaken Character A for Character B multiple times. There are some cute images of the girls in cute outfits. Also some cleavage and light ecchinesss. The manga refers to itself as falling in the moe category. I guess I could see some people appreciating the artwork, but I honestly thought it was only mediocre at best.

The story changes depending on the subject matter of each chapter but the characters create a witty and funny experience for the individual subject. If you enjoy laughing at other peoples' and societies obvious mistakes presented in dry humor, you are sure to enjoy this manga.

Sayonara Zetsubou Sensei is the first comedy manga that I've read. While the overall story that encompasses each chapter isn't that important (a teacher that wishes for death has to teach a class with the most optimistic girl on earth), the subject seems to change from chapter to chapter. While some of the humor is hard to understand for those that aren't Japanese-born, there are helpful explanations at the end of each volume, so I laugh a lot at myself for not understanding some of the humor. While I've just started with this manga, I'm going to continue reading. I suggest you check it out the next time you need a good laugh or two. Story - 10/10    I enjoy that each chapter is its own experience, so you don't necessarily have to read every single chapter to get the full story. Art - 8/10     The art isn't the greatest that I've seen, but that's how the series was drawn. Art really doesn't make or break a manga for me. Characters - 9/10     While some of the characters are your average "harem" of high schoolers (foreign girl that plans to sue everyone for everything, girl that is an internet nerd, optimistic girl, tail fetish girl), they are still very memorable and lovable. Overall - 9/10     This manga definitely deserves a read in my book. At least read a few chapters of it to see if you really enjoy it. This series definitely deserves a lot more attention than it has received. 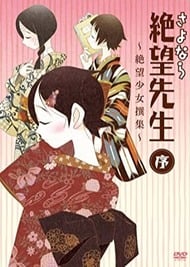 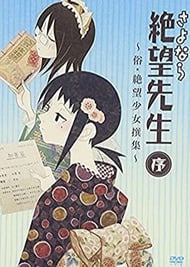 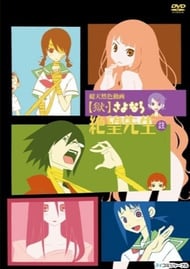 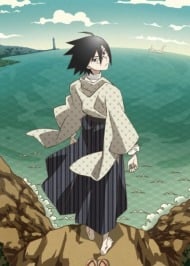 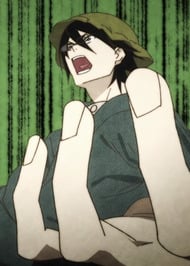