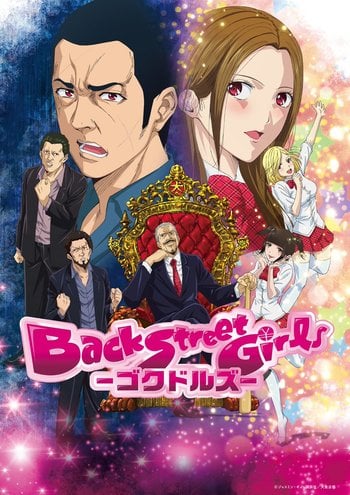 The overall score might not make much sense due to some of the scores I gave, but at least for me when I had finished it, it made sense. This show is hilarious, that's all that really matters. Each episode is its own thing so there isn't really much of an overall story, hence the score.

Only thing that really matters is that it's hilarious.

The show was supposed to be fun and at first it was. Kind of. It's so absurd half-skillfully playing with dark humor. I did break into laughs couple of times, mostly not because it was really smart more like I was laughing hysterically 'cause there were way too many 'what's that?'.

The characters are sort of interesting, but I didn't get the chance to know them better because their arcs were sacrificed to the comical side of the show; but it is possible to empathize with some of them. The songs are quite pleasant and sweet to hear as well. I could easily listen to them on a daily basis as they’re pretty hilarious too.

After all, it's kinda worth watching if you're bored to the point you may try and enjoy some stupid & repeated many times jokes.

This had a lot of potential for laughs, and I'll admit I laughed a lot for the first half of the first episode just because of how funny and unexpected it was.  However, the original premise was not enough to carry the whole anime between extremely lazy animation and audio that was very hard to understand in the english dub (and the subtitles were white on white almost constantly) (I was watching it on Netflix) and while it had a lot of potential- it was a lot of disappointment to me as a whole.  Possibly because to me, it was a let down.  The manga might be better, so I might try that, but I didn't get very far with the anime.