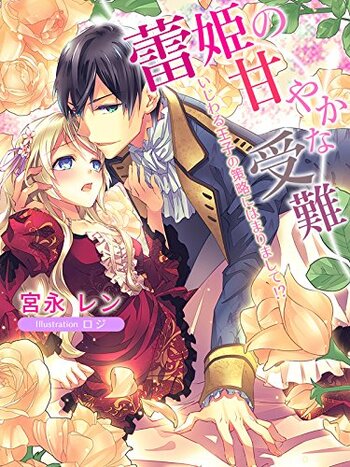 If you're looking for manga similar to Tsubomihime no Amayaka na Junan: Ijiwaru Ouji no Sakuryaku ni Hamarimashite!? (Light Novel), you might like these titles.

The Prince, my fiancee, was flirting with a lady who was not me. Does that mean he's breaking it off?! Finally! I can finally escape from the strict princess training. As I head back to the countryside the prince chases after me?! He won't break off the engagement?! Why?!

A Tale of an Unknown Country

16 year-old Princess Rosemary is furious with her older brother Prince Mash. Without her consent, he has promised her hand in marriage to Prince Lionel of Yurinera. Although the two kingdoms are neighboring countries, they are worlds apart. Arudera is a small, poor country filled with an abundance of greenery and untouched nature, while Yurinera is a very large and wealthy nation. Princess Rosemary decides to disguise herself and journey to Yurinera to sabotage the marriage proposal and sneak a peek of her husband to be. But when she arrives she discovers Prince Lionel to be completely different from the cruel and cold-hearted person he is rumored to be. Despite her original plan, she finds herself falling in love with him!

Himitsu no Himegimi Uwasa no Ouji

Roochen and Galnia are two countries that have been at war with each other for a long time. Now that peace has been established, princess Aldina of Roochen has to marry the prince of Galnia. However, according to the rumors, the prince of Galnia is a total debauch, and he does nothing but playing around?! Aldina wants to see for herself who the prince really is, so she disguised herself as a boy and tried to approach the prince...

The Prince, my fiancee, was flirting with a lady who was not me. Does that mean he's breaking it off?! Finally! I can finally escape from the strict princess training. As I head back to the countryside the prince chases after me?! He won't break off the engagement?! Why?!