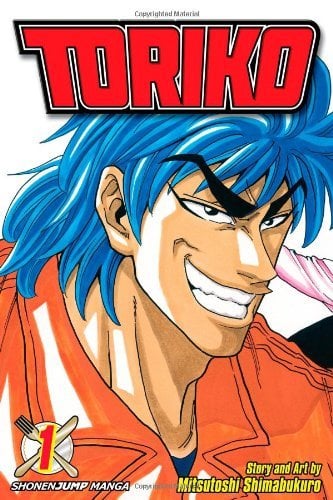 Both of these series ooze manliness. Whether you're watching Jojo or reading Toriko, you can enjoy manly men fighting crazy battles and coming across cool enemies and obstacles that culminate in awesome, ham-filled adventures that'll get the testosterone pumping. And in both cases the "endgame" includes fighting an unreasonably overpowered antagonist too!

A new continent named Magmell suddenly appears in the ocean, and a new age of exploration begins. Explorers venture to the island to find previously unknown lifeforms and resources, but experience one disaster after another.