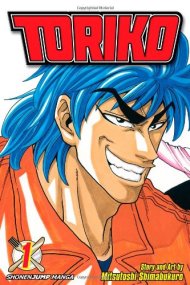 So what to say about this magnificent manga that had to end way too soon.  Well let's start with the story, if you want a really deep story with a lot of serious theme's then this is definitely not for you. I mean this series is about hunting ingredients and then cooking them. It's a fun story that gets better and better, but always has that feeling of adventure (like One Piece) that a lot of manga seem to be missing. It also gets really epic and I mean DBZ level, but it never becausem predictable.  Then there are the characters, which are all very memorable and all have their charms especially the main cast. The villains are honestly some of the best that I've seen in any manga or anime.  But by far the best part of the manga  is the amazing art, it's always good but sometimes it really gets amazing and really does make the toriko world look just as amazing and epic as it's story.  I would recommend this manga to anybody that just wants read a fun manga to pass the time or for those that want something like One Piece and Dragon Ball

Toriko I saw the anime about 2 years ago and was mostly disappointed due to the lack of quality and the use of almost all Shounen clichés.Some people recommended that I read the manga, claiming -it is much better than the anime adaptation-Was it like that? Was he really better? The answer is "yes", the manga is better, but this sense of achievement is also limited. Despite everything, the manga could only fight for a barely average result until the end, no matter what happened. One thing cannot be denied, however, and I really have to say that. The world-building in Toriko and the fantasy of the author are stunning. The approach of the world of Toriko, all the different animals and species, the different rules and perspectives of this world (especially in the later Gourmet World Arc), in addition, the most diverse variations of food preparation and associated explanations. They made this manga amazingly tasty, I can hardly tell how often I was hungry. And I really wish the author was just as creative in other areas of implementation as here, but it wasn't the case. As a reader, on the other hand, you got a rather monotonous and long-lasting story that goes up to Chapter 240 + without twists and turns. Toriko goes looking for food, finds new ingredients that he wants to put on his menu, and fights the bad guys on the way. Not much has changed in the Final Arc, but at least it got more serious there. However, the backstory of the Toriko universe and the world was quite subtle, I liked this one. The characters were arguably the biggest disaster in the manga. They are monotonous and have hardly any real personality and no depth of character. Toriko is the glutton and has his smug face all the time from Chapter 1 to the end unless he gets angry. Sunny the handsome don't like ugly things. Coco is ... he has no personality. Zebra is a failure to create a "cool badass" character, what you got was a cringe complication as soon as it had screen time and kept saying "there is someone cocky" 24/7The main antagonists are typical stereotypes of villains as we know them. One and only the leader of the Bishoukai and the main antagonist had a subtle depth of character and ambition.And the worst character in the whole manga was undoubted "Komatsu" as one would have expected. I had my doubts from the start. He was an annoying and uncomfortable figure to the bitter end. All his screen time almost made me skip the chapters, but I stayed strong and endured it. No matter how many times I had to read the sentence "I talk to the ingredients and I hear their voices". And apart from that, he just screamed the name Toriko and snot flowed from his nose.Almost forgot, but one character actually surpasses even Komatsu. In fact, it is about "Zhonge" the typical "Mr. Satan (Dragon Ball)" or more recently also "King (One Punch Man)" which had the same role as these two. But compared to them, each of his moments was the total opposite of funny. The manga already had a very big weakness in terms of humor in this regard. Most of the jokes were almost sad. Another interesting aspect of the manga is that it always manages to create huge and detailed explanations for different settings and concepts. I read it through with care and curiosity and was almost impressed. And what do you get then? The characters can't even speak 3 sentences to each other without the conversation feeling like between 2 NPCs who have just crossed paths. The drawing style was almost impressive if it had to be. The fighting and destruction were mediocre. However, the presentation of the ingredients, preparation, and food was almost divine. The author knew exactly how to get the reader's attention in this area. Conclusion Toriko is a manga that can be read, but hopes shouldn't be too high. It is enormously monotonous and will drag on until the end if you wait for something interesting. 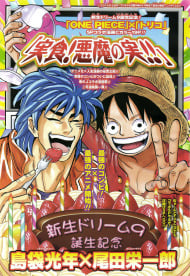 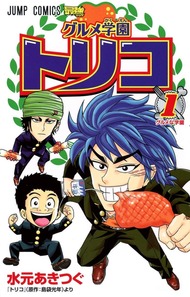 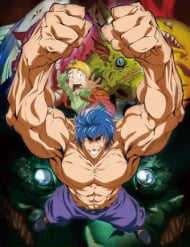 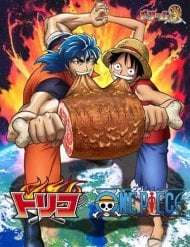 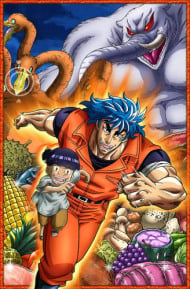 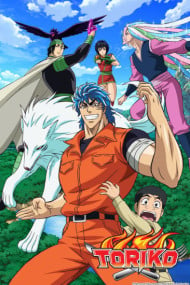 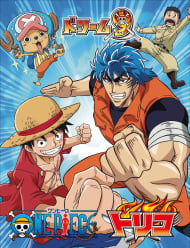 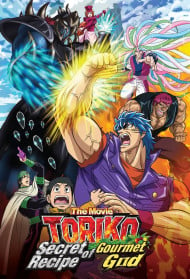 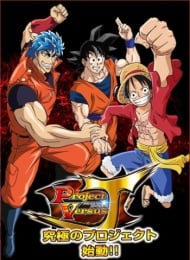