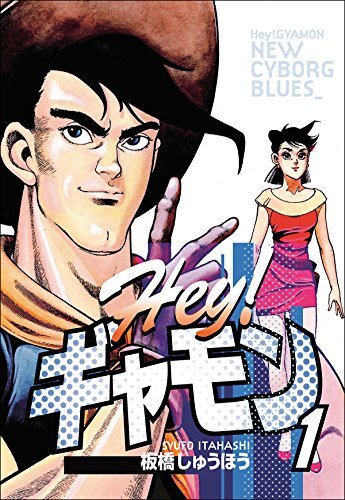 If you're looking for anime similar to Hey! Gyamon: New Cyborg Blues, you might like these titles.

By the year 2085, World War III has left both the East and West crippled and destroyed. The major cities have been reduced to rubble, and a mechanical army known as the MME - soldiers originally created by both sides to fight in the war - has decimated the population; extinction is eminent. Though hostilities prevent the two groups from cohesively joining together to combat their now common enemy, a daring plan has been hatched that may save some of the world's population from destruction: they will be sent to the Mars Base in an evacuation. Sandy Neuman, along with other remaining military forces, must now fight the machines with all they've got so that others may escape safely to the stars...

Years after taking up normal lives incognito, the cyborgs are forced to fight again when the superhuman Blessed appear with a plan for humanity.