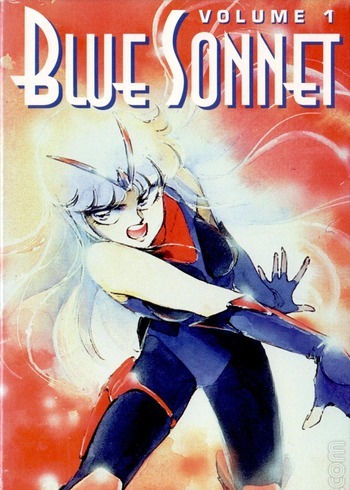 Akai Kiba Blue Sonnet is the adaptation of the homonymous manga, made for promotion and fan pleasing. You must know from the start that it is incomplete; it ends suddenly, without conclusion. If you are interested enough to know what happens after the OVAs’ end, you’ve got to get out there and find the manga. Well, good luck if you try, for I’m reading manga for over a decade and I have never even heard of this title. Its action and death scenes are ok but mean nothing if you have seen any recent gore anime. Completely nothing original or memorable worth mentioning, other than the fact that the female protagonist, Sonnet, looks like Lafiel from Banner of the Stars.The story is about a young psychic girl named Sonnet. In the past, she was kidnapped, raped, went haywire and killed the rapist and even her father when she returned home. A mad scientist found her and helped her control her powers and surpass her shock of emotions by turning her into an obedient cyborg and the army’s top weapon. Most of that are not addressed much, they are shown in a hurry in the opening titles. She becomes an agent of the government, killing enemies and finding other psychics like herself for military purposes. She finds a schoolgirl with similar powers and joins her school with a false identity in order to get close to her. The OVAs show us how she slowly matures from a heartless killing machine who even murders innocent people that witness her powers, back to a human being with emotions and cherish for life. She and a possible boyfriend of the girl, protect it from terrorists and later from the military itself, which produces inhuman biorganic weapons in secret laboratories. The OVAs end when Sonnet rebels against her master and goes away with her new friends. It was good on its own in the classic sense, but its small duration (at least the part of the story we get to see) ruins any chance of evolving to something equal or better than all the other similar scenarios we have watched over the years. I mean, how many more scenarios with secret inhuman military projects can you stand before jumping out of a window? Sonnet is definitely an interesting character, having a dramatic backdrop story, a major character development and ass-kicking powers. I didn’t like how most of the interaction she has with others is just blah blah, but what can you do with such a short run? The rest of the crew is forgettable if you have seen enough anime. The human “good-guys” students and the military-scientist “bad-guys” think and act simple-minded and predictable. But at least, they are not that cartoony, like saying stupid puns, get chibi or do out of place actions. In all, I haven’t heard or read anything about this series even once, it’s not original, it’s not special, and it left me no mixed feelings or deep thoughts. So… no good. SUGGESTION LIST Elfen LiedChoujin LockeAkira 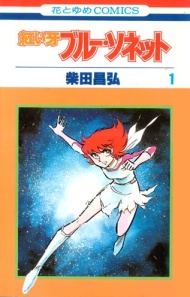