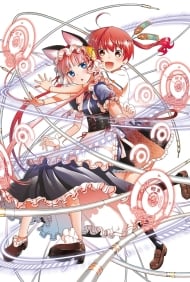 BASED ON 6 FIRST EPS"In advanced nations, cyborgs and autonomous robots were to some extent starting to become a common sight. it was an ere in wich the world was filled with all sorts of calamity and conflict, and people wandered about in search of relief.This story has nothing to do with this era, this is a story of girl meets girl" in such words open the episode 3, indeed, this anime's concept being from the famous Masamune Shirow (Ghost in the Shell) it's story is from Koshi Rikudo (Excel Saga) resulting in a cheerful yuri anime with a strong futuristic background The Premice: Nanakorobi Nene is a cheerful positive young girl who was so sick that she had to give up her whole body in exchange for a new robotic one, thus becoming one of the first full-body androids, thanks to the "Cyberbrain" technology that still causes debates.Nene is an "adapter", one of the extremely rare, usually teenage people who do achieve a proper control of such body, making her interesting to the eyes of different kinds of people  The story starts as Nene proceeds to live her new life by moving with her billionaire aunt in Cenancle Island. On the ship that takes there, she meets Clarion, another cyborg like her, that also doubles as mad scientist's pet, and instantly falls in love with her Yuri Magical-Girl Due to disastrous circumstances, Nene quickly ends up fighting against rogue machinery, thanks to the "Pandora Device", wich is contained within Clarion's body, and allows Nene to download specific skills into her own cyberbrain for a limited time, along with an "optical camouflage" that contextually alters her appearance Characters despite the Rikudo-esque wackiness of the characters, every single one of them seems to have his own motives, and also their own troubles, thus making Cenancle Island a really consistent place where technology is everywhere.Nene of course being the center of the story is a lovable naive teenager enjoying her second chance at life, yet expressing subtle doubts about the price it cost herTakumi, Nene's Aunt owns every high-tech/military company but struggles with social phobia , Uzal is Takumi's hot rival and does what she needs to get what she wants, Vli--- the idol can't ever go as far as announcing her name, and rants about her job and the pressure she facesRobert fights for justice, but he may or may not be in the right team... What is this anime about?! There is a confusing amount of wacky events going on, and Masamune Shirow fans will obviously feel very confused towards this anime, this is because the story is not from the famous GiTS author, but from Koshi Rikudo, who does a really good job in depicting the daily life of this bright girl in this crazy high-tech world, her doubts and hopes, but the whole story isn't about herself, she is merely the link between everyone else, and our guide in this plausible future where technology just barely starts to change mankind the anime does raise a number of philosophical questions, but they remain secondary, unlike perhaps in the more intense Masamune Shirow's original works, Koukaku no Pandora remains colorful, seen through the robotic eyes of a happy girl in a resort island 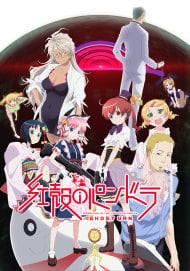 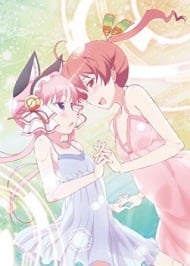 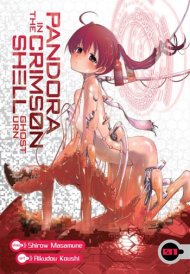