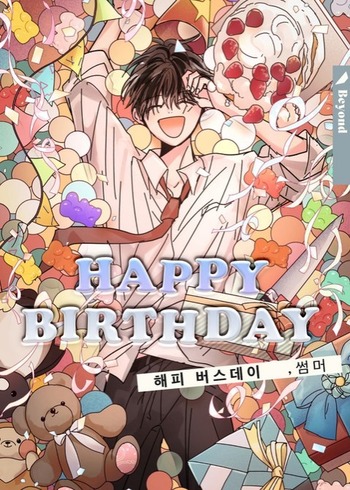 After Johann survives a vicious murder-suicide attempt by his own division teacher, his school sex scandal explodes into a national uproar. To Taehee's anguish, Johann disappears for 3 years. Both boys grow into men and live separate lives. Taehee works in a night club alongside the flirty bartender Jungin. Meanwhile, the lonely Johann lies low.  One day, Taehee and Johann catch a glimpse of each other. But, Taehee's jealous friend Dooyong will do anything to keep the two men apart.

Dongsoo is parted with his lover after he witnesses her having a one-night stand with Inhan. To his surprise and dismay, the new laywer hired to his company happened to be Inhan, and they can't avoid running into each other at work. As a revenge for ruining his love life, Dongsoo seduces Inhan's partners and somehow succeeds each time.Inhan finds Dongsoo annoying, but somehow interesting in a way.

Disapproved by his parents, Eunjun now lives apart from his family for the first time in his life. Somehow electric appliances don't work as they should when Eunjun lays his hands on them. Fortunately, there's an old electrical repair shop nearby where he became a regular. Jihu comes to help his father and notices Eunjun spending more time at the shop than he needs to.

Jihoon is confident that he can easily make guys, even straight ones, fall for him. It worked quite well up until he met Gyungwoo. Jihoon works as a nude model and is introduced to Gyungwoo for his personal photograph project. Gyungwoo appears nonchalant to Jihoon's looks, deeply hurting his pride. Now, Jihoon is determined to make Gyungwoo fall for him.

Even with his hot career, a top movie star Eunhee finds his life empty with no specific reason. Then one day, in front of his door, he finds Gain who looks like an abandoned cat from a bad mugging incident. After that day, the two men get to share Eunhee's house... and his bed, though not intended. Eunhee gradually realizes that his hopeless and meaningless life has changed forever since Gain has entered his house, and his love for the boy storms up his heart and changes him altogether.

The Shadow of Moon

Yang Sohwa could see ghosts ever since she was little. For the past few years her visions have stopped, but now they are reappearing and she’s about to find out the tragedy that occurred hundreds of years ago on her school grounds.