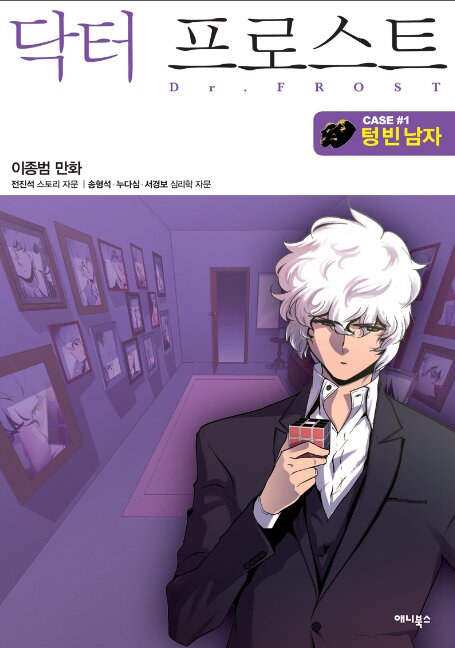 Bartender and Dr. Frost both have main characters who exceed the expectations of their jobs. In Bartender, the bartender serves his customers based on his observations. For example, if he notices that the customer is tired then he'd serve them something refreshing. In Dr. Frost, the psychologist analyzes his clients in depth to truly understand what their mental disorder is.

“Now don’t say anything. Just live like a corpse.” Seong-hye opened her eyes at Pureum Welfare Center Room 301 after being kidnapped by an unidentified person. In a strange space where access regarding communications with the outside are completely blocked, people in the welfare center have to follow the rules without a single murmur. Seong-hye, who lived a powerless and helpless life in a military drama, in the midst of despair and frustration, suddenly recalls her old friend ‘Leon’ in her nostalgic memories…

Five different people are gathered in an abandoned hospital after getting a mysterious phone call, and the mastermind behind the curtains holds their families hostage. He orders them to figure out the one culprit who killed his brother... Or otherwise, they will all die.

A tale of a child who had nothing and a man who lost everything.

In a criminal organization within a major conglomerate, BLACK LABEL, with a membership comprised mostly of women, a noir-esque story unfolds.

The protagonist who works as a translator and the younger brother who was a senior middle school student who lost his parents in an accident a long time ago and lived together. For the two brothers who had a dry relationship that didn't even greet each other properly, an incident occurred. The younger brother committed suicide. The main character, after going through his brother's belongings, finds a record of his dead brother secretly meeting people through a secret community app. Through meetings with the app users who were connected to his brother, he approaches the truth surrounding his brother's suicide.

A cynical romance, 'Have you been addicted to love?'