Chou to Kumo no Su - Reviews 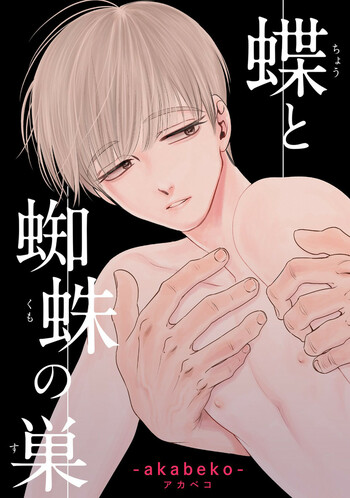 TRIGGER WARNING!!! CHILD ABUSE! READ AT YOUR OWN RISK!

This is not a happy Yaoi, so if that's what you're looking for, just read the sequel, which is the actual main story, Chou to Hana no Kankeisei. It features 3 couples, all with very cute, fluffy, and CONSENSUAL relationships >.<! The first couple is the main couple and they're absolutely adorable! However, this manga focuses on the first seme's past and it is very dark. So if just want to leave with a good memory of the main couple, then don't read this manga! It's okay, I completely understand! I made a summary since there isn't one yet!

Summary: Chou to Kumo no Su (Prequel to: Chou to Hana no Kankeisei)

Backstory of Chouno's past when his life turned for the worst after his mother died while he was in middle school. Mother's kind, devoted lover changes as he's unable to accept her death and his obssession for her slowly descends upon her son. Parental love changes to something dark and twisted...

Again, super dark, sad, and triggering past! Literally cried and it was only 2 chapters long! Short story, so fast pace. Plot and character developments well-written, you can clearly understand what's going on without anything dragging out. Very emotional too, hence high rating! Some things are kept vague and never answered, which author purposely left for open interpretation and it works. BUT personally I would like to see this poor kid get some help. Many Yaois with abused backstories do this too often. I would have loved to see a scene maybe of him going to therapy or some professional help.

From my trigger warning, you can bet there is a piece-of-garbage that should NOT be a guardian of any child. BUT, you're supposed to hate him! And yes! You will! But, you'll also see how his mental state devolves as he becomes consumed by grief and obssession. The unraveling psychologies, the man's escalating psychotic behavior and the kid's decreasing resistance as he adapts to abuse, are captured heartbreakingly well. However, I couldn't bear to give a higher rating cuz the man just literally makes me sick. They're the 2 main characters, so split my rating. 5/5 for the kid. 2/5 for the man, just for making me hate him.

Good writing! Execeptional story-telling!. However, 7/10 cuz this story is not for everyone! And it's pretty short. You could tell this was not supposed to long series, just some extra information on a certain character from another story. But if you cannot handle this sort of thing or are easily triggered, just read the cute main story/sequel and move on with your life! Spoiler of the whole story below if you just wanna know what happens without having to read it, which I totally get!

Right off the bat you could tell that mom and her lover are involved in some shady, underground kink business. Their relationship, summed up, is owner and slave cuz as she's literally dying on the hospital bed, she asks her lover if she can have permission to die since her body belongs to him. However, lover is unable to let her go and the mom ultimately dies without it. Man asks mom's son (thankfully from another man, the only upside in all this) to live with him and looks at the mom's picture every night after his shady work, trying to hold onto anything left of his dearly departed lover. One day, son tells the man that he wants to live on his own after graduating high school cuz he doesn't want to keep troubling the nice, grieving man anymore. Man freaks out and that's his stressor, as he believes the son is trying to leave him too (like dying was the mom's choice -.-). Man starts to groom the son, cooking and cleaning for him while uncomfortably touching the kid a lot, saying he will do everything for the kid. Creepy talk about how male cats should be castrated to keep them from leaving. Kid feels more obligation to let the man do what he wants as he pays for the kid to go to high school, getting used to the man's creepiness and actually trying to hide this so-called relationship. Grooming escalates as man starts to cut kid's toe nails then jacks him off. Creepy-turned-pedo man becomes obssessed and possessive, telling the kid can't cum on his own unless from the man's hand, punishing kid by making him painfully cum nonstop just cuz the man could tell he did it on his own since the jizz was less thick (told ya, you will hate the man -.-). More grooming of this sick dependency, the man comforts terrified kid, saying he will do everything for him. Little time skip, kid now no longer thinks about college or leaving after graduating, doesn't even think about his freedom anymore, as the man literally has him on a schedule. One day, kid comes home a little late after talking to a friend, and the next day, man decides to tattoo a sex-slave "womb" tattoo on the kid's stomach, telling kid that unlike male cats, female cats stay at home (now, you definitely hate the man!). Man starts using kid's ass, telling kid he can now only cum from the back until it becomes a pu-like a woman's. Poor kid graduates, becomes an adult, and still can't leave the man, now also working at the shady business. Kid-now-adult has been conditioned physically and mentally to be the man's "woman", promising to never leave and always be with the man (stockholm syndrome at its finest T.T). Shady business is leaked, man is warned about a raid, man sends the mom's son on an errand the next day, and son comes back to find yellow tape at the business and not the man. Son has never been on his own and goes to the "doctor" that gave him the tattoo. Doc says the son was thrown away (unclear whether man left or suicided, flip a coin -.-), that he'll look after him for a while, and that son needs to start making his own decisions now, offering to get rid of the tattoo (somewhat redeeming himself). Son's first desicion, he decides to keep it, as you can see from the main story/sequel (and lemme tell you he is definitely no woman *wink wink*).

This is a prequel to Chou to Hana no Kankeisei. It doesn't function nearly as well as a standalone story, though I guess it still technically functions. This should have the Sexual Abuse content warning, considering that that is the whole focus of the story.

THIS WAS FUCKED ON SO MANY LEVELS RAPE, MANIPULATION, HARASSMENT, CONTROLLED, TRAUMATISED NO HUMAN RIGHTS.

⚠️It was heart breaking to read , PLEASE DON'T READ IT IF YOU'RE SENSITIVE TO THOSE THINGS⬆️⚠️