Chou to Kumo no Su 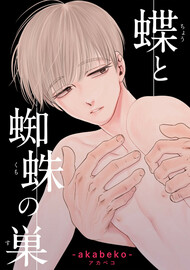 This is a prequel to Chou to Hana no Kankeisei. It doesn't function nearly as well as a standalone story, though I guess it still technically functions. This should have the Sexual Abuse content warning, considering that that is the whole focus of the story. This is, um, sad. It includes sexual grooming and abusively controlling behavior. There is manual and anal stimulation, as well as a scene of forceful penetration. It's very one-sided, as the young boy Chouno is being abused by an older father figure. Chouno's emotions seem to have deadened by the end and fe doesn't even know what fe wants.

THIS WAS FUCKED ON SO MANY LEVELS RAPE, MANIPULATION, HARASSMENT, CONTROLLED, TRAUMATISED NO HUMAN RIGHTS. ⚠️It was heart breaking to read , PLEASE DON'T READ IT IF YOU'RE SENSITIVE TO THOSE THINGS⬆️⚠️ 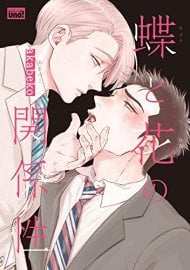 Chou to Hana no Kankeisei