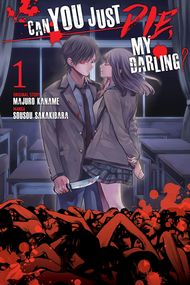 All opinion based THIS IS NOT A MASTERPIECE. Not even damn close. I see lots of praise for this manga and people calling it a masterpiece. While I might respect their opinion, I also have the right to say that this manga doesn't even deserve to even dream of being a masterpiece. Despite that all bring said, it is still pretty good. The art is great. All of the gore (like it or not) is all drawn very well. There are some iffy spots where it's hard to tell what's going on, but for the most part, it's very clean, modern, pleasing to the eye, and makes you feel everything that's going on. The story struggles more. The overall plot is very good. No spoilers but the premise and what direction this manga takes plot wise is all very good. However, there are elements that are just flat out stupid. For example, for some reason the manga uses "the power of love" to a stupid level of cheesiness. It's not even for parody sake. It's actually a serious reason as a way to conquer problems which is just absolutely ridiculous that the author decided to use such a lazy form of writing. Even if they still used the same concept but tried to build on it/hide it more i would find it more acceptable but they don't even try to do that. There are many more issues with the story but I don't want the main idea to remain that the story is still pretty solid The worst part is the characters. Dear god they are so hit and miss. For the most part, all of the male characters are good. They have development, all fit their respective roles well, aren't annoying when they shouldn't be, motivations and actions are reasonable, and just all genuinely likable in their own ways. However, the female characters, almost all of them suck. The FL is good but other than her, almost all of them except for one doctor are written so poorly. SPOILER ALERT, THEY ALL FALL IN LOVE WITH THE MC. I can get a really good idea of what kind of person the author is when they make every major female character create a needless harem around the MC. Other than the FL, who again, I like a lot, there is only one other girl who likes the MC where I like that writing decision. All of the others fall in love with him and there could've been a totally different approach with their character. The writer utilizes their feelings towards him as a bug part of their character even though at the foundation of it, their entire character arc is just centered around loving this MC, creating a needless harem that completely destroys the dark mood of the manga. Now don't get me wrong, I don't like completely dark stories and I like when it kinda shifts the tone sometimes, which this story does, but the way it does this by using a harem is so dumb and annoying it just ruined my enjoyment Again, despite some huge complaints, it's still a solid story. It just doesn't deserve the label as a masterpiece that so many want to give it

It's one of the best ever mysetry, triller, murder, psychic manga. The characters are peculiar. But contains gore. The story is like a roller coaster ride where people have a serious intention to kill their loved ones due to infection. A pure blood lust for loved one. 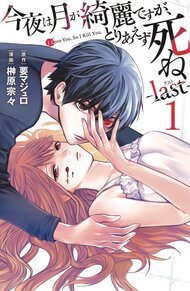 Can You Just Die, My Darling? Last