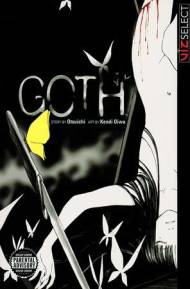 Itsuki Kamiyama is a young man in high school who is morbidly obsessed with murders and death; he even combs through the paper for new information about killings. One day when he notices his classmate Yoru and the scars on her pale wrist, he sees that she too shares his interest in death. Together, the two of them manage to solve a string of murders - not for any sense of justice, but rather out of curiosity. Yet, when does it get to be too much? And what happens when Itsuki stumbles upon a dark secret from Yoru's past?

"Teenagers scare the living sh*t out of me/They couldn't care less, as long as someone will bleed/So darken your cloaks or strike a violent pose/Maybe they'll leave you alone, but not me!" Story: Kamiyama Itsuki is just like any other high school student except for one itsy-bitsy little detail: He is obsessed with death. Morino Yoru is just like any other high school student except for [...] detail: She is obsessed with death. Yep, this is one of THOSE stories. The two of them have an odd relationship. Do they want to kill each other, kill themselves, kill everyone else, burn the world down, or just be normal? Heck if I know. The shortness of this manga doesn't really work to its advantage--the big explanation seems rushed. It's just disappointing, because other than that, the pacing could have been worse. Art: Unlike many horror manga, the art of "Goth" is rather generic. Idealized looking characters drawn in typical manga fashion, meet standard backgrounds. I cannot praise the artist here, but at least her artwork isn't an eyesore. It's actually nice, but nothing groundbreaking. (Oh, and there is some blood, but less that you may expect. There is also some explicit nudity, but it isn't sexualized and it isn't the focus of the series.) Characters: SHORT manga. I'm just saying. Screw the picture. This is an obscure manga; what do you expect? Kamiyama Itsuki: He is a strange, strange boy. I like him, sure, but he's certainly weird. He is one of those rare "death otaku," and should probably see a psychiatrist. He's, however, almost a very subtle character. He neither idolizes women nor treats them like dirt. He neither tries to kill nor never associates himself with death. He's just... really freaking weird. (Or is he? o.o) Morino Yoru: She, despite not seeming to have feelings for Itsuki, almost seems like putty in his hands. That, or she is really trusting. I can't really call her a strong character, but she has a nice (but hurried) backstory. Everyone else: Really, Itsuki and Yoru carry this story by themselves. Everyone else is just a character (and yes, I know that there are no small parts, only small actors) and not much else. Props to the mangaka for including a backstory in a short story, but most (save for Itsuki and maybe Yoru) characters are bland. Overall: I'm a bit torn. I can't decide whether this is just a quick, easy read or an original and interesting manga. Hmm... well, I did enjoy reading it.

The first two chapters were pretty entertaining (I guess I would call them an 8/10), but the last three were noticeably worse. There are two things that changed: It started feeling a lot more unnatural for Morino to be targeted by the killers. In the first chapter, fe was set up by Kamiyama, so it made sense for the killer to target fem. In the second chapter, fe had dressed up as a previous victim and hung out in a spot where the killer was known to go, so fe was basically (though unintentionally) taunting the killer. In the last few stories, there were no attempts at explaining why fe specifically was targeted, with the story itself even commenting on how unnaturally coincidental it is for fem to constantly be snatched. The stories started relying on cheap plot twists in attempts to create intrigue. Plot twists can at times be entertaining, but only whenever they actually make the story stronger. The two twists in chapter three (the victim's status and the hole refilled) do nothing to strengthen the story and just act as changes for change's sake. The two twists in chapters four and five (the killer's identity and the truth about Morino's past) are just blatant attempts at mindfuckery and also, I would argue, don't really matter.

I'm really disappointed, i expected something better!!!  (︶︹︺) The concept is interesting but poorly executed, the story is silly and the girl is portrayed as being stupid. 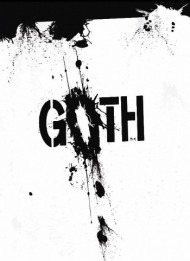