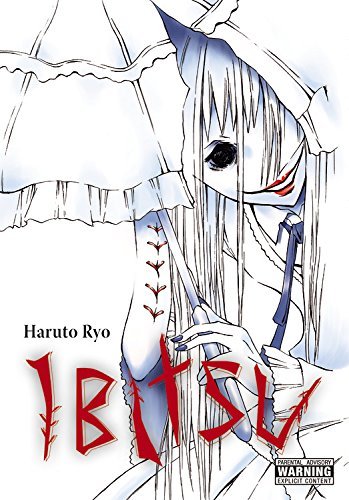 There's an urban legend that says late at night, sometimes a young girl dressed in gothic lolita clothing will appear by garbage dumps to ask a question. Any who answer will, without fail, die a twisted death. And tonight, another young boy will find himself enveloped by this horror... 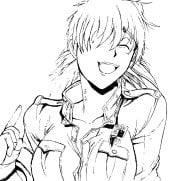 Its been a while since I've read something that I like so much. The creepy loli woman was a perfect incarnation of madness; I couldn't figure her out. She seemed to be aware but at the same time lost in her own contorted world. The way she killed and maimed her victims was creative and interesting to look at. Also, the victims had the perfect reactions to her twisted actions. Although the setting was a little cliché(i.e. average, small town; school; insane asylum)the idea that it happened in an average town made it all the more scary. Finally, the ending was great. Nothing was resolved.  Overall even though story didn't scare or disgust me, I thought almost every aspect of it was perfect for what it was. I would love to read more like it.

One of my dusty recommendation where I almost forgot this manga too. Moreover, reading this manga at the right time when the electricity in my city suddenly went off and turned on at the same time after I finished. It's not a great manga and every volume has an impression of its own horror. At first, the storyline seems predictable where the story would go but it's now what I expected. Kinda reminds me of Christopher Nolan's Following if you so curious even though it's only based on my feelings that might be quite similar. It's not about jumpscare, supernatural, or anything else, but this one can be said to be repetitive in certain parts but very odd at the same time. This one that combines urban legend with psychological of a person. Presumably, it can be delivered. The three wise monkeys: see no evil, hear no evil, and speak no evil. Never stare with someone who is dressed as a gothic at night next to a dumpster, never hear the words of the person, and never answer the question given by the person. This is a story about an urban legend of strange lolita waiting at midnight and giving you a question. If a person answers the question of the lolita, your life will never be the same again. First of all, are you not afraid of someone who is in a dumpster with her dirty clothes, injuries, with the stench that you can't stand on? This is what happened to Kazuki Itou, a student who lived alone in an apartment one night meeting the lolita. The protagonist from the beginning didn't know the legend so that he answered it with "I have one" and from there, he managed to trigger the lolita to perform her stalker every time of the protagonist either wherever or whenever. That said, horror manga like this is one of my cup of tea because like I said before, it's not one of that cliche or mainstream. The impression is quite a bit too, but this one which focuses on suspense and out of curiosity, so readers wanna know more about what happens on the next page. Yet, all the mysteries will be more powerful at the next volume, various random moments which it might make us tense, and a twist with it ends so carefully, stunningly, and great. Regardless of this is a 2-volume manga, the story seems to be pushed especially when the connections of the lolita are obvious. Just in case, I need more than that if reading this manga at night in a dark room gives me a bad nightmare. The art is your average taste and a bit devoted to the genre itself. But, it also depends on the choice of the reader. The art is so terrifying, fit to show the atmosphere and the horror so darkly, depressingly, gore, and full of twist. The lolita expression and the most genuine character expression personally is because it's really creeping me out yet I'm afraid that the expression on the next page might be an extreme close-up of the character. The character design is great, by the way. The author describes how the expressions of the character itself fearfully fall of mentally with a blank stare from within as if to be one of everything. It has a feeling of each character and how it's represented in full terrifying of the dialogues, of course from several parts. It's quite impressive for the most part but the bottom line, this one supports the horror aspect the most. The most focused of this manga is just the lolita character, nothing else. Kazuki as a trigger is not very convincing because it seems, he is just ordinary and nothing special with him. Likewise other characters except for the lolita who became the main center of the manga. But, I like how the lolita character has a huge background which is the same as Kazuki's case before. It's a spoiler if you discuss it too far and can ruin the mood of its curiosity. In the end, I liked Kazuki's last "execution" along with the lolita character who became the center of attention in the city. Do you want to have a younger sister? Ibitsu gives you perfect reference when talking about it. This is a good manga if you want to kill your time without thinking too much about the story in it. With the local urban legend as in society as a theme, everything related to the horror in this one is such great. The atmosphere caught in truly felt, the plot which in certain parts is quite great, and it has a great art. It's not one of the best horror manga but this can be a bedtime story that gives you the worse nightmare in your memory stuck in it.