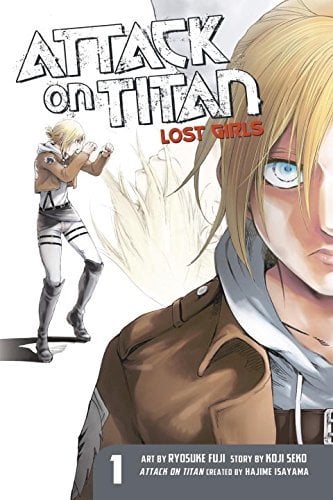 If you're looking for manga similar to Attack on Titan: Lost Girls, you might like these titles.

Within the safety of the walls, youths are raised in a nursery setting by robots. Outside is a hellscape with powerful technology and equally powerful super-natural beings.

In a land overrun by yoma - monsters that feed upon human innards and take on the appearance and memories of their victims - humans are little more than cattle awaiting slaughter. The only opposition to the yoma is The Organization, a group led by a council of mysterious men who send out their all-female warriors (known as claymores) to do their bidding. However, The Organization is not charitable; a town must pay an exorbitant fee for their services. Likewise, many of the claymores care little for those who they protect. Clare, the lowest ranked claymore, lives only so that she may one day avenge her mentor.