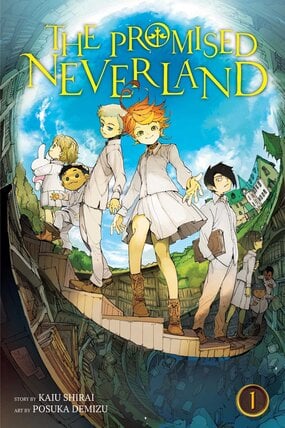 This is the best manga I have ever read. The promised neverland is an action adventure story of children in an orphanage discovering that they are not actually orphans but livestock, and must now fight to escape, survive, and make a world for themselves in a planet that is nothing like they could imagine.  Story: The storyline is insane, the most clever thing I have read for a while. The interactions between the characters are so sophisticated, and it bypasses many annoying cliches like bs ass pull victories or miscommunications. Because of the intelligence of each of the characters, the story is always very layered and complicated- and fast paced!! Breather chapters?? What are those? Not in this manga. Comedic relief is scant due to severity of the situation, and I wouldn't hate to see more of it, but I don't feel it takes away for the plot at all. Annd HOLY PLOT TWISTS- they are going to come at you from nowhere, yet they are still well developed and make sense in the grand scheme of things. Art:  The art is pretty original; it conveys the bouncyness of children since all characters are 12 or under, but it does a good job of turning those cheerful bouncy 12- year olds into tragic heros when need be. The villians- whew- they are u-g-l-y and will jump scare you at times. The blank looks, the creepy smiles, the lowered eyes, they are extremely well drawn. The only complaint I have is that the bodies can feel way to big compared to the size of their heads, but eh, they are villians, who cares if they are ugly. There are also a lot of landscape panels, and they do a great job showing how wide and different the world looks, which is pretty integral for a fantasy adventure manga. Characters: Best cast ever, hands down. The three main characters are all geniuses, and that alone makes them ridiculously interesting to read about. But the depth of each character- my god. No character is 100% pure which I love because it brings some realism to the plot. They each have secrets they keep from each other, and develop a dark mind when it comes to protecting the ones they love- it's all very interesting to read.  I was pretty surprised when I found out this was published in Jump, seemed a bit darker then what they usually go for. Buet the quality matches up, and it is well deserving of its popularity.

Well, a lot of people were talking about The Promised Neverland, so I decided to give it a try. It is overrated, but that doesn't mean it is bad.  STORY The Promised Neverland has an exciting narrative that keeps the reader invested in it, since there is always something interesting going on. As the questions are answered and the puzzles are solved, new ones appear in each arc, making the reader curious to find out what happens next. The author doesn't waste time with pointless storylines - if a character must have screen time, it happens along with the progress of the story. All of what they go through has a connection and a purpose later. To solve the problems, Kaiu Shirai mixes both strategy and action. While it's true that this manga gives more focous to the characters using their brains instead of their fists like other shonens, and it's entertaining and enjoyable, it's an extreme exaggeration to compare it with the geniality of Death Note like people are doing, lmao.  The author implies that the enemies think and act like human beings, but doesn't explore it. Musica's condition is different and Ayshe's dad is an exception, so we have no reason to root for them except the fact the plan against them is unethical. While I'm talking about being unethical, Kaiu also doesn't explore the hypocrisy and egocentrism of mankind in relation to animals. Why am I supposed to root for any of those two groups, anyway? Another flaw is that this manga can be predictable sometimes, people who are used to anime stories will easily guess some things.   CHARACTERS  While the deuteragonists do a great job at being multifaceted, unique and charismatic characters, Emma, the protagonist, lacks charm whem compared to the other two. She has the generic personality of a protagonist and doesn't do anything to prove she's worth of being a top student along with Norman and Ray. In the beggining of the story, there were times where she would show a scary side of her personality. For some reason, the author never showed this side of her again and decided to go on full shounen route instead. I think this is upsetting. In a story where manipulation and strategy are constantly present and are necessary, it's a waste not to explore Emma's skills.  With a few exception (and even them are only relevant when it is convenient), all the Grace Field children are useless. They are in the story since chapter one, but they're so irrelevant and forgettable you don't even remember their names.  In summary, The Promised Neverland focous more on the narrative aspect instead of developing the characters and giving them depth. ART The characters are drawn inconsistently and in a " crooked " way. It's not exactly bad anatomy, but it isn't a pleasant artistic choice either. Something I like about it, though, is that each character has their own individual and unique design. The backgrounds are really good. It has a lot of details and Demizu Posuka knows how to use shading to give athmosphere.

Yakusoku No Neverland is an amazing story, I don't normally enjoy horror  story's but this one was extremely enjoyable it has a very strong plot with hardly any holes making it hard to guess what will happen next. Art the art was equally as good as the story and I loved how the style could make the characters look innocent and cheery but also dark and mysterious. The only flaw which I don't mind is that most of the villains head's are out of proportion to the body other than that the style is fantastic characters Each character was unique and none of them were the same they each had their own characteristics for example Emma and Ray they each had interesting personalities which made the story all the more exciting overall yakusoku no neverland - the promised neverland is a great story that takes you on a unique exciting adventure leaving you guessing the whole time. I would definitely recommend this to anyone who enjoys adventures and supernatural and I thing anyone can read this and find it fun old and young. 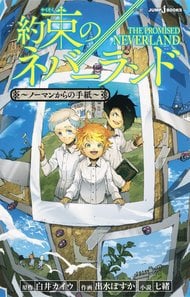 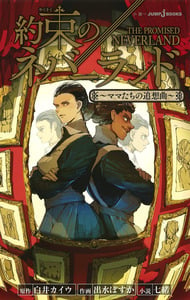 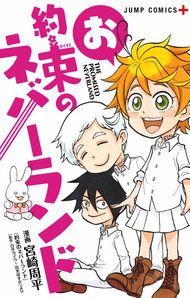 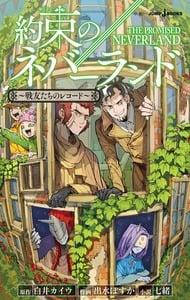 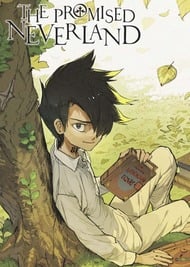 The Promised Neverland: Special Side Story - The First Shot 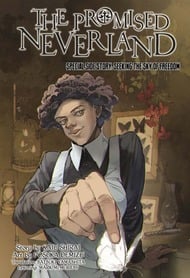 The Promised Neverland: Special Side Story - Seeking the Sky of Freedom 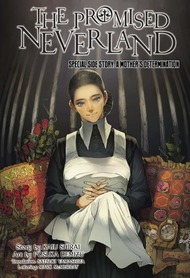 The Promised Neverland: Special Side Story - A Mother's Determination 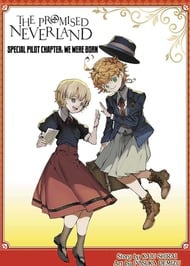 The Promised Neverland: Special Pilot Chapter - We Were Born 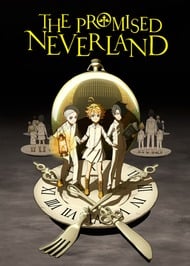 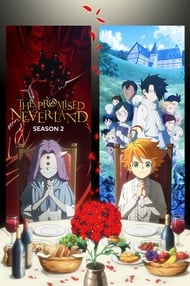