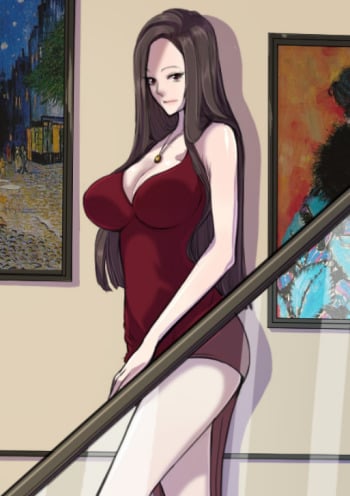 The more brilliant the light, the darker the shadow behind; the more the devil smile, the more sad the angel's tears...

Look at these losers expecting a One piece level plot over a 20-chaptered work. You dimwits must be new in this type of genre. Great plot in these categories might be hard to find, but not impossible. Blame your dicks and your dumb asses for it, not the author, which some other works have decent plots. To that dimwit who complained about bust sizes in a goddamn pornhwa, you're really expecting smaller ones, numb nuts? It'll never make your girl's pancakes any bigger, son. LMAO. Story is fine but hella rushed. If given enough chapters it could have a decent plot, and fleshed out characters. To that dude who said the art sucked, get a cataract operation, you clearly don't know shite about great art. FMC was a beauty, even that bitch boss was hot. You guys are total idiots. Lol.

Some of the art is decent, but for a manga whose only appeal is its sex, I expect the art to be unquestionably sexy. And this isn't that. At times, the body proportions are drawn badly and the breasts seem to hang awkwardly off the torso. They also mix in badly drawn background images. I'm not sure if they're copy-and-pasted from another source, but the difference in art style is distracting. The "angel" of the manga, Hana, changes from being silver-haired to blonde when she's engaged in her work versus her private time. However, it took me a bit before I realized it was supposed to be the same person--her face isn't drawn all that uniquely in order to set her apart.