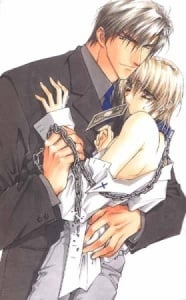 Ayase is probably the only character I liked. The first 2 episodes, he is a little 2-dimensional character wise. His character really starts to show in the 3rd episode, and it's an improvement. The rest of the cast is rather static and bland, with little to go on. The relationship between Ayase and Kanao is a little odd with a D/s vibe to it, and is definitely a little extreme. While the sound and animation are decent, the bad plot and bland characters drag down the rating.

STORY: Okane ga Nai!'s plot is this: Sleazy and greedy Tetsuo sells his innocent cousin Ayase to the highest bidder in an auction in an effort to repay his massive debts. Kanou, a shady loan shark, with a reputation that precedes him, buys Ayase for 1.2 million yen. The reason is that Ayase met Kanou one day and offered his umbrella to him while he was beaten up and getting soaked in the rain. That random act of kindness stuck out in the wealthy businessman's mind, and he was desperate to find him again, and to take care of him. This little insignificant chance-encounter is the only thing that really connects them together. Other than that, there is no relationship existing before the anime begins. And I don't really see how this would affect Kanou so much, because he can take care of himself, and has lots of money to throw around at will. I guess money isn't everything? Kanou demands that Ayase pay back all the money he spent on him, even though he has so much money already. He proposes that he will pay five hundred thousand dollars to sleep with Ayase, thinking that way Ayase will have no choice but roll around under the sheets with his "owner", since his attempts at being compassionate and caring and gentle have not gone over so well (he's very intimidating, you see). Tell the truth, the whole "buy-you-for-sex-because-I'm-not-good-at-being-compassionate-and-sensitive" isn't a main role in this story. It was probably an excuse for Kanou to throw money on the kid and to make this show seem as if Ayase was the whoring uke in the show. Kanou only pays for him ONE time, and then it's mentioned here and there, but never seen on screen again. ANIMATION I'm am still wowed by how BLUE Ayase's eyes are. I mean, take a look! They're like, pure, innocent blue eyes. Kanou is like many other semes: tall, buff, and kind of awkward, while Ayase is small, androgynous, and oh-so-delicate. But nothing too bad. SOUND Nothing to tell you on the sound. Nothing really stuck out. CHARACTERS Ayase is a classic uke, with beautiful, soft features and remarkably pure aquamarine eyes. Kanou reminds me of the hulk, he is so tall and wide-shouldered, I'm surprised they make suits his size. But that is the stereotypical formula. But unlike most yaoi and BL, Ayase does not suddenly "fall in love" with Kanou when he coerces him into having sex with him; Ayase remains true to his feelings of "this isn't right, I'm a man. Just because it gives me pleasure doesn't mean it's of my own free will" and doesn't suddenly give up everything during a session of "pure ecstasy" and graphic sex. Ayase is very naive, and even though he was sold by his own cousin, he doesn't let anyone come to harm him in the beginning, shutting out all the words that Kanou says when he tells him that he was sold to pay off his own debts. Kanou is odd, in a sense. He is very masculine and powerful and wealthy, and yet he wants to get close to Ayase, "take care of him as he took care of me". But then the moment is switched and he wants nothing more than to pound the boy's ass into the mattress. This sudden mother-bird/-dog-in-heat flipside leaves me baffled. You have to be one or the other, you can't be both, otherwise you'll confuse the kid! Overall: If you like yaoi and BL with a little something more than the uke ultimately submitting to the will of the seme the first round, and if you like Kirepapa, then this is something worthwhile to watch so that you can say you got this under your belt. Nothing too special and if you don't like the rape tropes in yaoi then you won't like this at all. :X

First off that cousin is a scumbag, but anyways this "series" was good. As I was reading everyone else's comments I was really contemplating about watching this but I don't regret it. Even though this did touch some sensitive topics this series was fast-paced (which is really nice), and also has some good animations for its time period. Now I wouldn't recommend this if you're a sensitive person, but with that being said I also wouldn't recommend this if you're looking for something more erotic. I would say that this anime is in the middle of being cute and erotic if that makes sense.  This is why I rated things this way: Story- So I gave the story an 8/10 because it was a nice story line, but it did have it't flaws at times but that is normal Animation- I gave this a 9/10 because ik this is an older anime, but I've seen better animations that were in the 1990s, but the animations in this was not that bad, so I gave it a 9/10 Sound- I gave this a 10/10 it's pretty self-explanatory the sound is not bad there was nothing wrong with the sound so that was an easy 10/10 Characters- I gave this one an 8/10 as well mostly because most of the side characters were assholes and I didn't really like them (except the twins, the transgender women, and that guy with the orange hair)  So overall I give this an 8/10 which is higher than a lot of the other ratings, and I have more positive criticism, but if you watch this make sure you have headphones (unless you live by yourself) and a strong heart cause the subjects get DEEP. 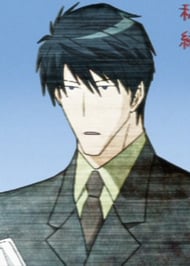 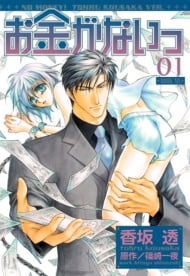 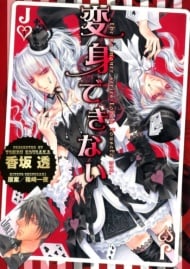