The Tyrant Falls In Love - Reviews 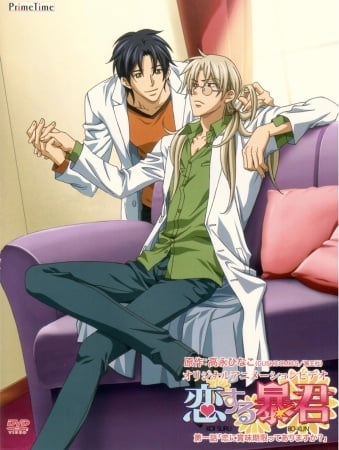 I have to admit, I rather liked Koisuru Boukun. For once, we have some boys love that is actually fairly realistic!

The plot: Morinaga simultaneously came out and delcared his love for his sempa, Tatsumi, a massive homophobe (read: closet gay). Tatsumi spends the majority of the first episode being pissed off, yelling at Morinaga because his little brother left for America with his lover, who happens to be a man. At some point, Morinaga aquires a bottle of strong aphrodisiac, a liquid that appears to contain mostly extra strength viagra. He invites Tatsumi over for some comfort drinking. Tatsumi drinks pretty much all the beer, and sends Morinaga out for more. While he's gone, Tatsumi digs through all of Morinaga's drawers and eventually finds the viagra juice, which he immediately completely consumes. Morinaga returns to find Tatsumi with the empty bottle, and freaks out slightly, but there doesn't seem to be any effect. That night, Tatsumi wakes up with a raging hard-on...And you know what comes next. The morning after, they wake up and Tatsumi yells at Morinaga, and says he doesn't want to see his face. Morinaga, who is still in love with Tatsumi, complies and disappears. After about a week of self-pity, Tatsumi gets worried. He finds out that Morinaga filed to quit the school, and spends a lot of time outside his apartment looking sad. After two weeks, he finds Morinaga's front door unlocked and storms in, Morinaga is confused, but things sweeten up a little when he realises that Tatsumi was extremely worried about him the entire time...And you know what happens next.

The reason I liked this BL was because it was more than just a random rape then declaration of love, it was a borderline-rape, a declaratin of hatred, then a realisation of love. The first sex scene happened in a pretty realistic way; a drunken hook-up, and was followed by a pretty reasonable shouting match. The subsequent disappearance and worrying was also pretty realistic - if a fellow student and friend disappeared, you'd be worried about them no matter what. 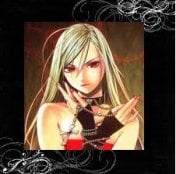 I really enjoyed this anime and it happened to be one of the first yaio I watched. It could  done to be a little longer. But overall it was very enjoyable anime.

The animations were wonderfullty drawn and very unique. There seemed to almost glisten in a way. They fit each character personaly.

The characters personalities were very enjoyable and very fun to watch with all their emotions and all. Each character acted differently so they weren't the same. It was a nice change.

The voices for the characters matched perfectly! Not winny and not really macho it fit the personalities of the main characters rather well. The music in the background fit each scene and made it very enjoyable. The sound was also very clear when the characters spoke.

The story was overall very amusing and a really good watch for me. It in a way was very realistic but with its own little hint of anime in it. I loved the different set of angle this took place in. Seriously who would have thought that a homo would fall in love with somebody that absoulutley hated homos. It was a very amusing and touching anime.

If you happen to like yaio I really think you'll like this one it is indeed one of my favorites! I just really which there was more anime like this out there.

If you have watched this then I also suggest ﻿﻿﻿﻿﻿﻿Seitokaichou ni Chuukoku. It is designed by the same animators that did this one and it was as equally enjoyable as this one. 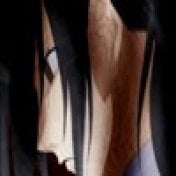 Koisuru Boukun is an OVA adaption of a manga by the same name, but perhaps better known in English as 'The Tyrant Falls in Love'.

I enjoyed the story (what there was of it), and felt that it was 'fresh'. Afterall, how many homophoic people do you see as the main love interest in an anime featuring Yaoi?

It had a fairly open ending, but didn't really leave you hanging.

It was was alright. There wasn't really anything 'amazing' that jumped out at me, but nothing was blatently bad, either.

At times, there were scenes that had no background music, and I felt that the voice acting fell a little flat because of that. Otherwise, it was alright, a little cheesy, but alright.

Didn't have a lot of depth, and there wasn't a lot of backstory. Not that I expected there to be much in 2 episodes.

I thought this OVA was 'alright'. It wasn't bad, it had an open ending but tied up the loose ends in a neat little bundle.

From the perspective of someone who watched this, then read the manga, I'll say that the manga is a lot better, and this OVA is a good companion piece to it.

Those that haven't read it, though, may feel that it is a bit rushed.

but i really recommend this