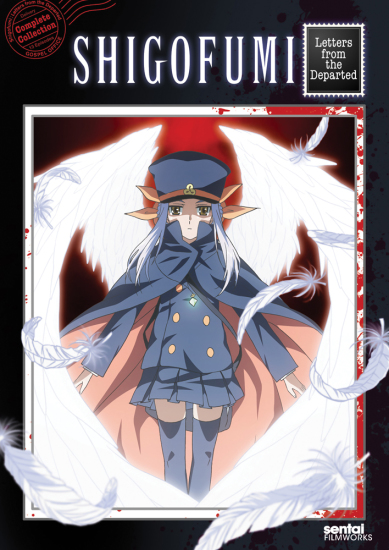 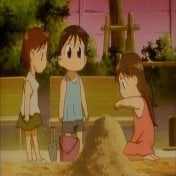 Let me just say that I have never been this disappointed in an anime, after an absolutely brilliant first two episodes this anime goes downhill to the point where it becomes unwatchable.

I have a hard time believing whoever wrote the script for the first two beautiful and unbelievably tragic first two episodes was involved in any of the remaining. They were so sad I almost cried and managed to perfectly set the story up and introduce Fumi and Kanaka.

The problem basically is that Fumi's backstory is stupid and sounds like something from a cheap romance novel, and when the anime becomes about Fumi it becomes stupid as well. The script writers then make it worse by simply not being able to put a situation together without making it look implausible, one amazing coincidence happens after another, until the characters apparently become incapable of going somewhere without running into oneanother. It got so bad, that when one episode had a game designer meet a little girl who played a computer game, I thought to myself 'I won't be getting extra points for predicting he created that'. I don't know if the series creators were trying to mimic Tokyo Godfathers. But it simply does not work.

When it comes to characters, all the points are for the two main characters of the first two episodes. I give zero for Fumi and Kanaka who are obviously a blatant copy of Kino and Hermes from Kino's Journey. Her colleagues Chiaki and Matoma are just the former two in reverse, the rest of the cast are bland and the villains are caricatures rather than real people. 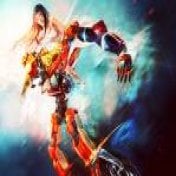 Shigofumi is strange.  It mixes an interesting premise, very dark themes and mental disorders with a touch of goofy humor.  It's episodic and yet has a coherent, overarching plot that gets developed in every episode.  It shouldn't work, but it really does.  Weird stuff happens, a lot of it.  But it still works somehow.

The format of the show is a quiet tough girl delivering letters from the dead to somebody in the living world.  Sometimes it focuses on the situations created from the letter, or the events that caused the letter to be sent.  Most of them are very dark, at least slightly disturbing, and yet have some form of emotional closure.  They usually explore the more hidden side of a person's psyche and the actions that made it that way.

Now in many animes this would be enough.  The main character would continue being awesome and always delivering the mail through any obstacle, commenting on life in the process.  But Shigofumi decides to instead focus on developing Mika as a character.  The overarching plot is great, if weird.  The twists are a little predictable, but this is not meant to be a thriller anyways.

The animation is very good, if not fantastic.  Nothing's out-of-place or awkward.  Character designs are pretty good, they relay the character traits visually very well.  There's a variety of settings and lighting conditions and they all look great.

The soundtrack for the most part is very understated and out-of-the-way.  It doesn't call attention to itself at all, which is just fine for this kind of show.  One particular track in the last episode I loved though.  It was perfect for the scene and was a fine piece of music in its own right.

This is at once a character-driven show and a situational show.  The main plot is character-driven, but is developed through the framework of these various vignettes until breaking out into the open.  The main characters are perfect.  It's hard to talk about why without spoiling, but one character with a certain disorder is portrayed in just the right balance.  She's messed up, but not crazy.  Her head makes sense, it's just twisted in some ways.  The staffs are kind of annoying, but they don't really have much role except to lighten the mood.  The two friends work out pretty well, though.  They've got some good lines.

That's probably what impressed me the most about Shigofumi, actually.  The writing is flawless.  The script really is just that good, and that's why everything works.  This show impressed me a lot.  It's intelligently dark without being overwhelmingly depressing, and highlights a very attractive mental journey, which is what I really look for in a story.

One of the other reviews said this and though it's simple, I agree so I'll reiterate: More than anything else, Shigofumi is strange. This series is unlike anything you will have seen before it. The main idea so to speak is very intriguing. That an "angel" (not really appropriate, but along those lines) delivers the last words of a person who just died (in the form of a black stamped envelope). As such, you run into the unfortunate cases of many characters who have committed suicide, been murdered, or had unstable relations with the recipient of their Shigofumi (the name for the letters). This series is very well characterized as episodic. You meet the most major characters right away (Mika), but you actually don't meet the major supplemental characters until episode 3 or 4. However, there is still a continuous plot, which has its ups and downs. But what's really worth noting is that several of these individual episodes really stand out on their own. The first episode for example is probably one of the best (though the conflict isn't fully resolved till the second episode which is also quite good, but is more slow-paced). Also the bullying episode is rather good (and eerie) and certainly stands out as Mika only appears for maybe a minute in the entire episode. This episode's purpose (as is mostly the case throughout the series) was to send a message about one of society's pitfalls. This series takes some strong and effective stands on issues such as harassment, etc. In terms of animation, this series makes quite a dynamic use off eyes which is very well done. The sound within the series is appropriate, but hit and miss and the opening and ending tracks are not very good at all. This is a shame because a powerful series such as Shigofumi deserves a better quilaity soundtrack. Mika and Fumi (to whom Mika is the alter-ego) both have their moments and particularly play well together during the final few episodes. Kaname and Natsuna are solid characters as well, but play a much lesser role than you'd probably initially expect. I could go into a bit more detail as to why I feel that way, but it would be a bit of a spoiler so I won't, but I assure you you'll see what I mean if you watch the series. My last comment about this series would probably be that while the build-up of the plot and the episodic nature of the series are its greatest strengths, I'm not a huge fan of the ending. It sort of seems like a little bit of a cop out, it's certainly not as inventive nor as sophisticated as the rest of the series. Also, there are certain plot lines that seem to be left unresolved which could have added some real depth to the series. Overall, Shigofumi is a difficult anime to wrap my head around. It's great in it's episodic/short story elements. But the overall plot is frankly lacking. All in all, 7 out of 10 I think is the way to go.

I haven't seen such stuff for a long time. Dropped after the third episode.

In the first episode, I was delighted. I thought that there would be a normal anime without vaginaworship, where women are as they are. But no, the men cattles were to blame for everything.
In the third series, it is generally sucks. One of the letters was sent by an embryo. Is that the embryo decided to send a letter? But for some reason didn't want to write anything in it. As far as I understand, in Japan it is a man who decides to have women an abortion or not, and women were banned from all contraceptives, since the letter was sent to him.
In the second episode, this postgirl didn't understand why people needed to live, and in the next episode she raved about suicide, and that only people are so dumb that they commit so many sins. Probably the creators of this "masterpiece" haven't the internet.
In general, philosophical delirium.

I loved it. I'm glad I didn't listen to the reviews I binged it in one sitting 😌