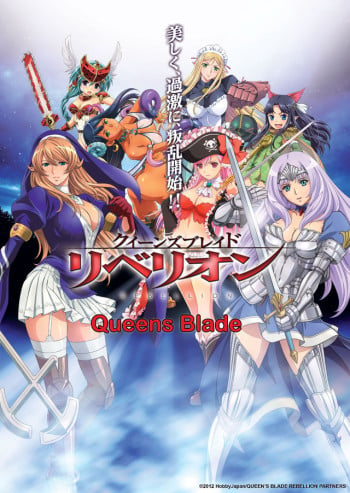 Tomoe, Risty, Echidna, Iruma, Ymil, Cattleya and the other busty, scantily-clad warriors are back, and ready to compete in the Queen’s Blade tournament; also joining the fray is angel from heaven Nanael. With no knowledge of who they’ll be called to fight and if they’ll live to tell another day, the girls will have to deal with tentacles, acid-spitting mammaries, plentiful groping and endless exposing situations to jiggle their way to the top of the competition!