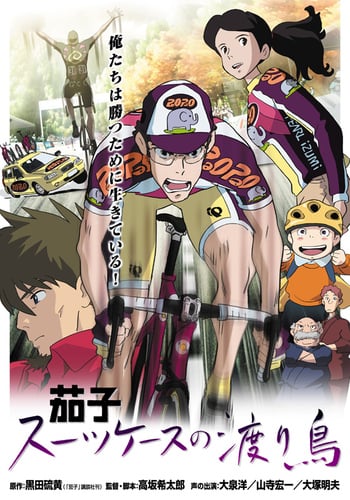 Most anime, or even media generally that belong to this genre, have this dilemma... what ratio should be allocated to the technicalities, the sport itself, just drama, or even comedy when it desires to go in that direction?While it does have a smattering of comedy, in certain reactions to situations, I think it has more drama than anything. It touches on some heavy topics too, throughout... something which in Andalusia they didn't do, but it is counteracted by some comedy, particularly in the race itself, which is a welcome addition to the minimum requirement for such a genre, something its predecessor suffered from. Both, though, are under an hour long, and as such there isn't quite much time to get acquainted with the characters and their situations.I did, though, appreciate how they animated not just beautiful views of the cities and green open spaces, but characters' interactions so fluidly that, in some instances, it reminded me of how Ghibli does its art. The 'trembling' due to someone's 'aura' e.g. is similar to how Chihiro reacts at one point in Spirited Away; not saying this has the same calibre of animation, narrative, or variety as in that film, just that some instances are reminiscent, despite being a Madhouse production.I liked, mostly, how the narrative ended up about existentialism in multiple places, as opposed to its predecessor which had much more sport in the ratio, this one added some interesting drama at certain points. Not at all as much as, say, SE Lain had, but if 'shounen' wasn't its genre I'd say it had about the same level of 'culture' and introspection as the Chimera Ant Arc from HxH... if shounen battles were replaced with cycling races, of course... and kept much more realistic.That is, in fact, another factor about both of these... sometimes, perhaps, a bit too realistic, but often that is a positive... with regards to the animation itself, the characters and background landscapes are as realistic as possible, and also feature the appropriate culture in context of the place it's set in... except, in this one mostly, I didn't notice much in terms of Japanese music, since that is where it's set, and still reminded me of Spain, its previous location. It did, though, have shrines and Kannon to reflect the Buddhist aspect... from this angle it reminded me of Inuyasha, particularly as there was also an old man cleaning his shrine (who looked like the bar owner from the previous movie, but it wasn't made clear if he relocated or something).Ultimately, though, despite all these factors, some of which make it a definite improvement over the one in Andalusia, there isn't any single one which 'shines' through... kind of like Kuroko's comedy wasn't as 'powerful' as Slam Dunk's, and the ratio perhaps not as well adjusted... in Nasu: Suitcase No Wataridori I was satisfied with how this ratio was settled on. The first part, especially, resonated quite well... it was, by itself, powerful... but the second part, apart from some comedic bits (which by themselves weren't as 'strong', in my opinion, the drama is also lessened somewhat), wasn't anything extraordinary. Still, an enjoyable 'ride' nonetheless. 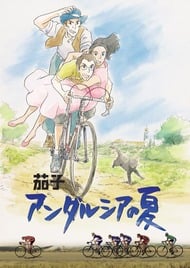 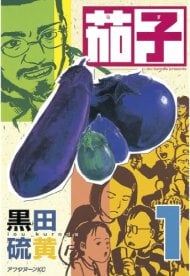