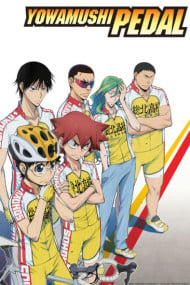 Because I Can Go to Akiba for Free

I Don't Have Any Friends

I Want to Catch Up!

High school is sort of that akward time for us all where we try to find out place in the world and try to make friends that have similar interests as us. For some it can be worse trying to accomplish this seemingly impossible feat. The main take away for Yowamushi Pedal is this: You can conquer any challenge. Story 8/10 The story is about Onoda Sakamichi, a friendless Otaku who goes into high school with the hopes of joining the anime club to finally make friends. His hopes are crushed though when he finds that the club has been cancelled due to a lack of members. As he tried to revive the club he runs into Imaizumi and Naruko--first years like him who joined the bycicle racing club, and managed to convince him to do the same despite his fears that he really had no place in the world of sports. Here he meets the third years, who mentor them all to become the strongest, fastest, and best that they can be. Many can argue that Yowamushi Pedal is just a copy of Over Drive (because the plot is very very similar), but to me Yowapeda brings something a little different to the table, a weak character. Most sports anime/manga have the MC be really good, and kind of know it too. Since Onoda is weak and self concious of himself there is a very realistic feeling to the story--mainly the struggles and determination to become something great. It inspires me, and it makes me more involved with Onoda. The anime pretty much follows the anime to a T--which brings up a major flaw--The pacing. The bulk of this anime is taken up by the Inter-High competition. You would think that with 38 episodes you could get through a relatively big chunk of this 3 day race out of the way. Well....sorry to say, but there is a reason why there is a second season. The last episode was left on a major cliff hanger, and for many who watched the series right as it was coming out found themselves to be severly disappointed and upset when the season ended in July and they found out that they had to wait until early October to continue the series. Animation 9/10 Now I definitely didn't get into Yowapeda for the art. The manga is rather brash with its art style and the characters often look disfigured when they are riding their bikes (Midosuji is a prime example). So I was really impressed with how well the animators did with cleaning it up. All of the characters are unique, with few characters being drawn to fit a particular stereotype (the three Sohoku first years are about it). My only complaint is that Imaizumi and Arakita are so similar looking that I had trouble distinguishing them in the manga. The coloring is bright and colorful as is expected for it being made 2013-2014. However, it is not overly bright with "sheen bubbles" or a too exaggerated of a color scheme. It uses a straight forward color scheme to get the job done. The animation itself was pretty solid, which is always important in a sports anime.   Sound 9/10 The sounds was superb. It fit the moments perfectly, and was just enough to where is aided the emotion of the scene without overpowering it. Music has never gotten my heart racing as much as the soundtrack in Yowapeda. The three openings and ending themes were great too, which is unheard of coming from me. Normally due to time constraints I listen to the opening and ending once, unless one or the either was something special. I listened to all six theme songs without skipping them--I even have the soundtracks to listen to them all the time.    Character 9/10 When you walk into a sports anime you're just basically counting the seconds until you see a major sterotypical character. And while Yowapeda exhumes the natural talent, elite and hot-head archtype with Onoda, Imaizumi and Naruko (respectively) they have their own quirks that really do make them unique. And what makes Yowapeda really shine are the character interactions. All of Sohoku really supports each other and works together to pull the team along (now whether this is efficient or not is neither here nor there). What's even more amazing with the close relationship they have with their rival school--Hakone High. They are supposed to be enemies, and I feel like with most sports anime I've seen, the rivals are just viewed as the bad guys to be defeated. In Yowapeda though the seniors all have a relationship with one another, creating the impression that these guys could in reality be friends--and even SHOW signs of friendship during the race. What's even better is that most of the characters in Hakone get their own little background story, so now not only do these guys have more demension to them, I actually care about them and feel for them! I love all of the characters in Yowamushi Pedal, they all bring something to the table to make the series enjoyable. Yes, even Midosuji, for as fucking creepy as he is, he brings spice into the competition.Ugh....so creepy Overall 9.5/10 Yowamushi pedal really is a great anime. Onoda is a very relatible character and the underlying theme is inspiring. Yes, the pacing is bad, but you'll soon forget it in the heat of the races, waiting on the edge of your seat to see who wins. Now if you really dislike sports anime, then I would probably skip over this. Because with the genere they try to take the sport and make it as cool and as awesome as humanely as possible. Other than that you should give it a try.

For a video review, check out my Youtube channel. Link on my profile page. YP was the first anime that I started following from week to week back in september 2013 when the first episode aired. It was recommended to me by a close friend and I’m so happy that he did that. (WARNING SLIGHT SPOILERS AHEAD) Positive *First of all I'm a big cycling fan so I was extremely happy that there was finally a good anime about cycling. There are some other cycling anime’s out there that I tried like for instance Overdrive but they aren't that good. Yowamushi Pedal created a really good cycling anime even for non cyclists. YP educates it’s viewers as a lot of cycling techniques are explained along the way. I can see why the anime is such a succes in Japan. 52 episodes, 2 movies, CD’s, stage plays and a game in the making proof the succes of YP.  *The story and tension that goes along with the races glued me to my screen. YP was my weekly Monday appointment and every single week I was looking forward to the next episode. The tension that's build up during the races puts you at the tip of your seat and makes you come back week after week after week.  *Another big positive point were the characters, every one of theme is very well worked out with loads of different personalities. We also get backstories for every single character from YP and there are quite the number of them: about 15 of them. Each with their own unique and intriguing backstory. My favorite characters were Kinjou and Arakita. The determination that Kinjou shows and the way he can motivate people makes him the perfect team captain. Arakita is just one crazy dude and for me the most interesting character from the entire anime. *Related to that is the development that our 3 main protagonists (Onoda, Naruko and Imaizumi) go through. All three of them make big progression in their character especially mentally.  *A last positive point were the songs. I enjoyed every intro and ending song from YP all 10 of them. They’re all on my IPhone and I regularly listen to them when I’m training indoors. And then there is of course the Hime song which makes you laugh out loud multiple times throughout the anime when a certain character sings it. Negative *I thought that it was a shame that they didn’t do anything with the romantic possibilities in YP. There was clearly a connection between Onoda and Kanzaki on one hand and between Manami and Miyahara on the other hand. I would have loved to see something evolving in these 2 relationships but there wasn’t. A missed chance in my eyes.  *I had a bit of a problem with the way that some characters left the anime. This start to happen in Grande Road. For most characters their exit was very well done but for Midousuji and Machimiya it was quite superficial. I don’t really understand why Midousuji falls to the ground all of a sudden. It happens without clear reason to me. Than for the Hiroshima team, when I saw the first opening of Grande Road and saw that there was an entirely new team I thought that they would play a major role in the second season but after approximately 10 episodes they just leave the anime never to return again.  *A last negative point is really nitpicking from me because 95% of the viewers won’t even notice this. I noticed it because I’m a cyclist myself. I found that there were some improbabilities and impossibilities in the race mechanics, going from gear ratios to characters who seem to have an endless amount of stamina. An example of these improbabilities is the training camp where the riders have to ride 1000km in 4 days. That’s something that even professional road cyclists don’t do. But again this is nitpicking from me and the most of you  won’t notice these flaws. Conclusion As a conclusion, I had an absolute blast watching YP. I enjoyed it from episode 1 all the way to episode 52 without one moment that I thought that the anime was declining. No, it just keeps getting better and better until the end. I’m going to rate YP at 4 stars and I would definitely recommend it even if you’re not a fan of cycling.

I love this anime, but the reason why I'm still watching it because I need to take a break from it because I watch it too much! Anyways good anime, I love and I hope people love it too. 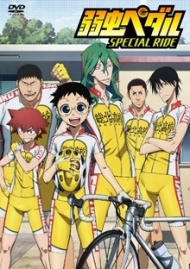 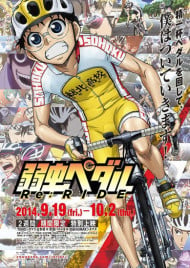 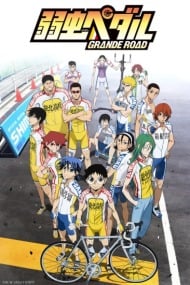 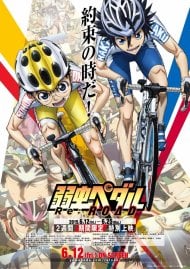 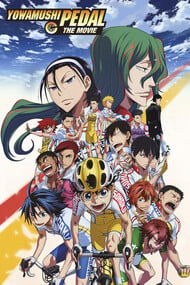 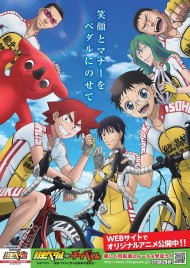 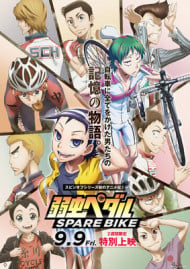 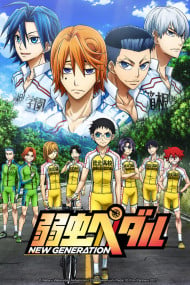 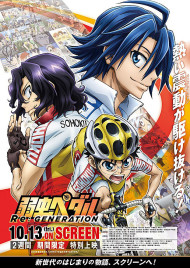 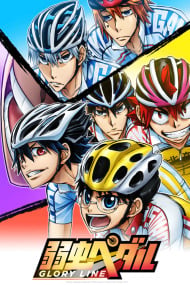 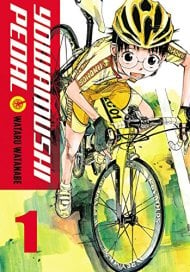 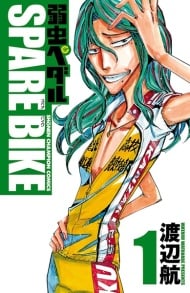