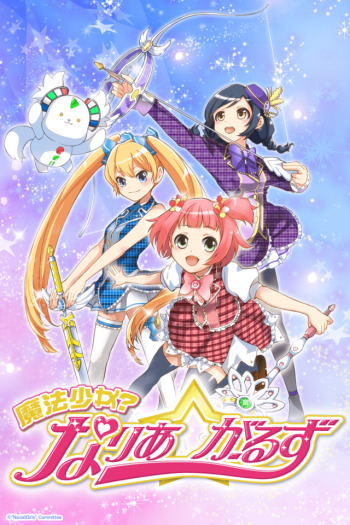 So far, we have one other review with just says that it looks bad. Well, I'm going to go into more depth than that.

So, for a start, I can handle cheap animation if the story, characters, or music, or something else is good, but this doesn't seem to have any of them. Mind you, I only watched one episode, but 2 minutes in, it began to feel like a chore to finish it.

So, the animation isn't just that CGI stuff, but it occasionally switches over to still shots where it is drawn. The contrast is really jaring, and they manage to spend an entire 20 seconds on a still frame that was unnecessary. Characters walk into each other. They have 2 minutes of dialogue where the characters just sort of sway back and forth so that it isn't a still shot.

This brings us to sound quality. You know how people sort of talk all over each other and don't think much about what they say IRL? Well, that works because there is no plot. Which I guess is the effect that they wanted here? I don't know. The dialogue runs quickly and almost over the top of each other, and I couldn't tell who was saying what. I don't think blondie ever spoke. It sounds like a real life conversation. That would be a good thing if this was real life, but it doesn't quite work in anime. Their entire dialoge and interactions are the sort of thing you have going on in the background of whats really going on when you have a good movie.

Characters are supposed to be magical girls, but they transform into.... THEMSELVES!!!! wooo! such plot twist and imagination. They turn white for a bit, then look the same.

Oh, and occasionally they have a sound like a mackerel hitting someone in the face, and all of a sudden they change moood. A flashback maybe? I couldn't tell what it was.

Mahou Shoujo? Naria Girls ... hmmm, let's do the math.  Twelve episodes, each around 8 1/2 mins.  Let's prolong the agony and round it to nine minutes.  Approximately 108 minutes of idiot-drivel.

To give it the best spin possible, call Naria Girls a parody of the magical girl genre.  Created in the same year as Mahou Tsukai Pretty Cure and slamming Happiness Charge Precure in one of the episodes, one might call this a direct attack on Toei Animation's Precure franchise.  But in any attack, you need good weapons. But, in Naria Girls’ case, the bomb is a dud.

All the elements of magical girl story structure are there.  A trio of girls (Urara, Hanabi, and Inaho) are called on the save the fairy realm of Nariania (a la Smile Precure) and are given Naria gems to help in transformation.  The irony is that after the transformation (one of the ugliest sequences I've seen) the magical girl still looks the same as the normal girl (the costuming one of the ugliest fashion designs in anime).  There is the episode where a new Naria Girl shows up, with the discovery that 'there are other magical girls?' popping  up; bad news, the new magical girl is nothing more than a monster sent to infiltrate and destroy the Naria Girl team (this is a reversal of the nemesis who becomes a Pretty Cure and joins the team a la Cure Passion of Fresh Precure).  There is the power-up episode where the catch-phrase is some of the most moronic spouted out garbage.  There is the episode where one Naria Girl lacks the confidence to go on, and she needs the rest of the team to rally her.  There is the epic battle with the key general, leading to the final battle with the boss.  There is the massive twist in the plot which is one of the most foolish one a creative mind could mangle.

And there's the story formula, the key item parodied.  Each episode runs the same.  Urara, whom I assume is Naria Girl leader, introduces herself and her friends in some asinine way.  Then the first half is a battle of improv as the trio exercises their skills in non sequitur.  At break, the monster-of-the-week introduces itself and reveals the evil scheme in some nonsensical rambling manner.  The second half is the Naria Girls under the monster's attack.  Again, this is more improv comedy which is heavy with the sexual inuendo, vulgarisms, and mindless chatter.  That is, until the friendly fairy Animaru breaks  in with a warning that the girls are under the monster's power.  Then with a typical Naria Girl's counter-attack (I don't know, something like ... Constantly Annoying ... Squirrel Droppings ... Pecan Sundae  ... BLAST!), the monster is blown to smithereens , but not without announcing the upcoming comedy act, concert, or VG release.  In the end, it's a wonder that the Naria Girls survived ... or did they?  I'm confused.

The anime technique was horrible.  Even the CG portions were amateurish.  The sound and music were shrill (as was the dialogue).  The ad-libbing was almost seiyuu tripping over seiyuu to get a word in.  It was the worst anime experience I could imagine.

The good news is I can get back to some good anime features and enjoy them to the max because it looks like someone put a lot of care into the productions.  Mahou Shoujo?  Naria Girls ... not a dram.  It just shows the power of binge-watching and the intestinal fortitude to get ‘er done.

The MMD animation Is horrible and you can see the character's walk through each other lol. This is horrible :/

Never watched an anime that looked THIS BAD, 11/10 would not recommend