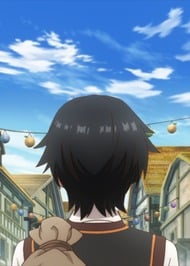 It kind of feels odd they put this out. Everything is saying this is only 1 ep for this entire thing, but it doesn't feel like it. It feels like season 2 or some side ep. Anyways, this keeps going from the last ep and on everything it's considered as ep 13. All they do in this one was make shaved ice, go to a festivle, and dance. There is 1 other part, but that I think is a spoiler. I'm not sure who this is for. If you liked the show, then you're not gaining much of anything from this. They would've been better making this one into a OVA. Anyways, it is only 1 ep as far as I can tell and it isn't that long. If you liked the prior then I guess it's worth it to kill some time. If however you didn't like the prior, then there is no reason why you would like this one

Ha-ha, oh boy. Three years later and I found this one-shot episode. So, the things I mentioned about the first season are pretty much all present here. Parts of the show are good, others are horrendously horrible. It's clear that the people made no attempt to fix what was wrong before making this. This review may contain minor spoilers. But since it's only one ep, it's just not that important to avoid spoilers.  StorySo, as a one-shot, it's not bad. They touched up on stuff in the first season and made this episode somewhat fun to watch. The whole masks thing was odd, because they are supposed to protect the wearer from the ghosts, but they never touch up on that. In fact, there are so many characters not wearing masks when the ghosts come, why have the mask charms at all? If they are tradition, then say that, rather than use a stupid excuse that you guys never bring up again. Very odd.  AnimationNothing improved here, sadly. In the very first scene, like actually the first piece of animation where they are showing off the city... it's just a picture with sounds. Not a good start at all. Later on you can see they just didn't care about showing anything cool or setting the scene beyond the absolute minimum possible. There was a scene where main character dude blows all the clouds away with his power, yet the only thing they showed off was an expanding ring of light, like a hula hoop or something, then bam clouds go away. It's so awful I can't even. I really wanted to believe these people wanted to get better, but they didn't. Fortunately, this season was only one episode. Or it's an OVA. It's unclear. But OVAs usually have bigger budgets and are much better, animation wise, than the main season. This is just an oddity through and through.  SoundPretty good, nothing amazing, but nothing awful. It's the one good thing about this show.  CharactersIt's all over the place. Nothing stands out as bad or good, but most characters are just filler in this one. Why did they do this? Who knows. TLDR: It's not nearly as bad as the main season, but it's still pretty bad. I watched to the 15m mark and then got bored. I finished it a day later and was disappointed because I knew everything they were going to do, but got even more disappointed when they didn't animate it well. Sigh, this whole show is one big sigh.

Fuck this shit, boring af. Dosent add anything to the story. Its just a festival where they dance. THere you go. 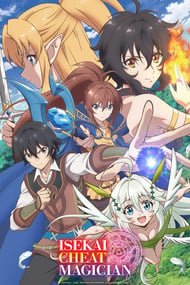 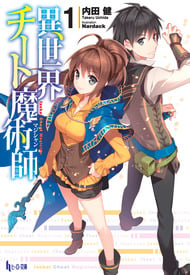 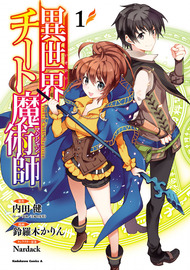