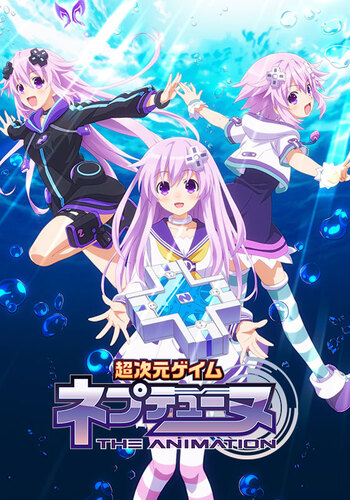 If you're looking for anime similar to Hyperdimension Neptunia: Neptune's Summer Vacation, you might like these titles.

The year is 1863 as the tumultuous samurai era is coming to an end, Japan is split between the pro-shogunate and anti-shogunate factions. The fate of the world is threatened as an army of historical revisionists are sent from the future to alter the course of history. In order to bring these forces down and protect the real history, two sword warriors, spirits who are swords brought to life by Saniwa (sage), rush to Edo. The polite and thoughtful Horikawa Kunihiro and the short tempered yet skillful Izuminokami Kanesada, who served the same master, confront the invading army along with a lively gang of other warriors including Mutsunokami Yoshiyuki, Yagen Toushirou, Tombokiri, and Tsurumaru Kuninaga.

The new anime is titled PJ Berri no Mogu Mogu Munya Munya, and it will center on the PJ Berri character.

Chronicles the misadventures of a rapping dog named Parappa and his very odd friends, which include a blue cat, a talking flower, and a guitar playing lamb.