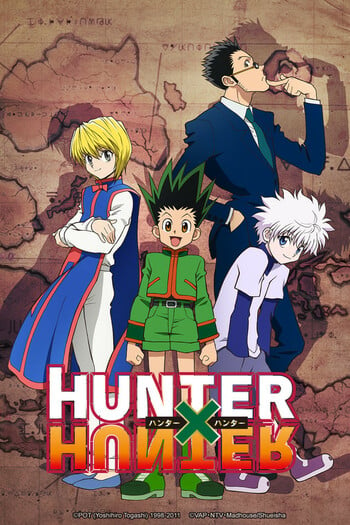 Both have a large variety of likable characters and fight scenes that are more based on tactics rather than raw power alone.  Both also have the very same feel in pace, complexity, and humor.

The second season of Tower of God.

Very much alike - especially the first several archs. Koon has high resemblance with Killua, Baam with Gon, and so on. If you have read both (or if you have watched the new edition of Hunter x Hunter), you will see a lot of similarities.

Also, the whole tower idea is very similar to the Tower of Heaven and Greed Island Arcs as everything is put in a form of constant competition.

Humans are the wisest of all creatures, and venom bugs are the essence of all creations. In a strange world all about rearing, refining, and utilizing venom bugs, a time traveler reborns over and over to achieve immortality. Do not lament for the trials and tribulations ahead, for I shall vanquish whatever stands in my path. As I brave the dangers that the universe throws at me, my eyes will forever look toward the azure sky!

Similarities with the novel and the manhua:

I can't decide whether Hxh 2011 or Reverend Insanity(gu daoist master/master of gu) is better. They both deserve the number place in terms of these similarities.