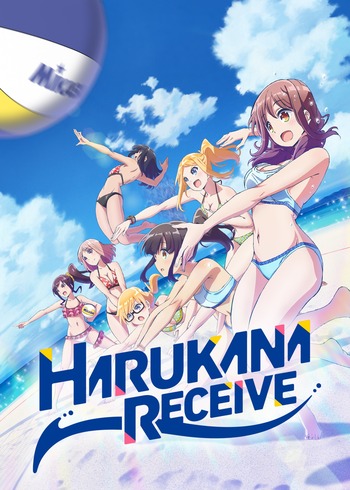 Nanase, who's now the representative of her prefecture, has finally joined the Madonna Cup and will do everything in her power to defeat her one and only target: Hayakawa Sanae!

This is the story of Nanase Iruka. She's short, tomboyish, and her one joy in life is volleyball. On Iruka's 17th birthday, her Volleyball club is disbanded. Feeling somewhat depressed she and her friends from the club take a trip to the beach and discover Beach volleyball. Iruka can't wait to play and rushes to the court only to be told to give up being a player because of her short stature by the local Volleyball Diva. In a rage, Iruka challenges her to a match to prove her abilities. It doesn't look like she has a chance, but Iruka has a secret weapon, and nobody will ever make fun of her on the beach again... well... Not about her ability to play Volleyball anyway...