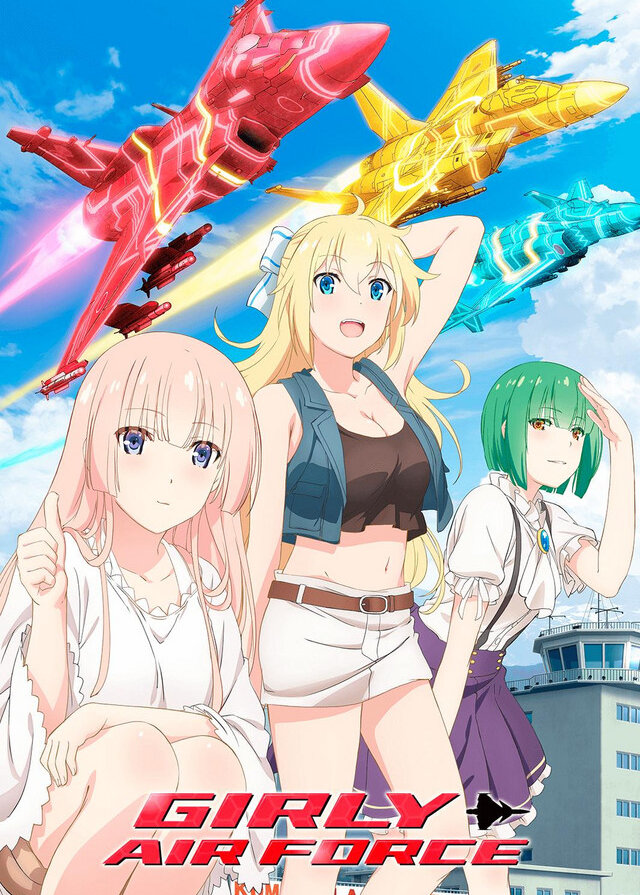 No spoilers here, just thoughts for y'all to skim through if you are curious about watching this:

This anime sure as heck isn't winning any awards for being unique or good, but it was enjoyable casually. The plot was fairly predictable for the most part but I liked the dark, twisted direction the anime gradually went in. The character dynamics in particular were the most interesting aspect of this anime and it kept me interested all the way through.

If I had to describe the vibes I got from this show: I personally say it's pretty much a PG version of Darling in the Franxx.

Darling in the Franxx is definitely the most popular comparison to this anime, and I definitely agree with that consensus. The main female chracter is like a shy and quieter version of Zero Two - from their shared pink hair and "created by man to save humanity" speal, and the plot being centered around the protagonist riding in a war machine with his female partner to fight alien creatures with advanced technology. Calling this a PG version of Darling in the Franxx is honestly the best analogy and description you can give for this anime.

I guess you could also compare this to the Azur Lane anime, which is arguably more similar. Between the "anima" that are connected/are one with their respective fighter planes (like the ships in AL), and a similar alien threat factor.

Sound and music were alright, not knockouts but passible. The OP was good enough to listen to once and the ED was a bit better, but not something you'd remember after watching. It's supporting cast/characters were above average and felt like contributing members to the story (the chief scientist in particular was my favorite with his no f*cks given attitude). Animation was also passable: sometimes the vibrantly colorful planes of the anima felt a bit like eyesores in the sky, but other than that the rest of the show was fairly well done.

I don't get how this anime isn't classifed as a harem tho. The MC is literally surrounded by a cast of almost all girls - with 3 of which having a romantic interest in him. It genuniely felt like they were trying to turn it into a harem after the halfway point, and looking at the other reviews I'm pretty sure everyone else got that feeling too. It's wasn't necessarily bad, but I think that this anime is definitely on the cusp of deserving a harem tag.

Overall I did enjoy it and could reccomend it if all you want is a casual, science fiction action anime with a romantic harem touch, and albeit predictable but decent plot. I doubt this'll get a 2nd season, but if it ever does at least I'd be interested in giving it a watch.

this anime is not bad but it could be much better

That was a good anime. Nothing to say about animation and sounds.
The story was quite complete for a 12 episodes anime, but for me, viper 0 hasn't been very accentuated. I mean we only saw her 2 times, and for minor things. Guess she deserves more importance.
The others animas have all their own personality and I liked it, because it shows the quality of the anime. Create a harem would be easier, but they did a really good job on the hard way.

But I don't understand something, which is the real role of Kei. I know he protect gripen for mental breakdown, but that's all.
And the problem of the "thinking capacity" between animas ans humans, that humans can't be as good as Animas because they're too slow compared to them, did nothing. During all the anime, Kei can shoot all the airplanes as simply as if he was an anima, but he's not. So his he an Anima ? I don't think so ? A genetically reprogrammed human ? Maybe.

but in general, it was a good anime.