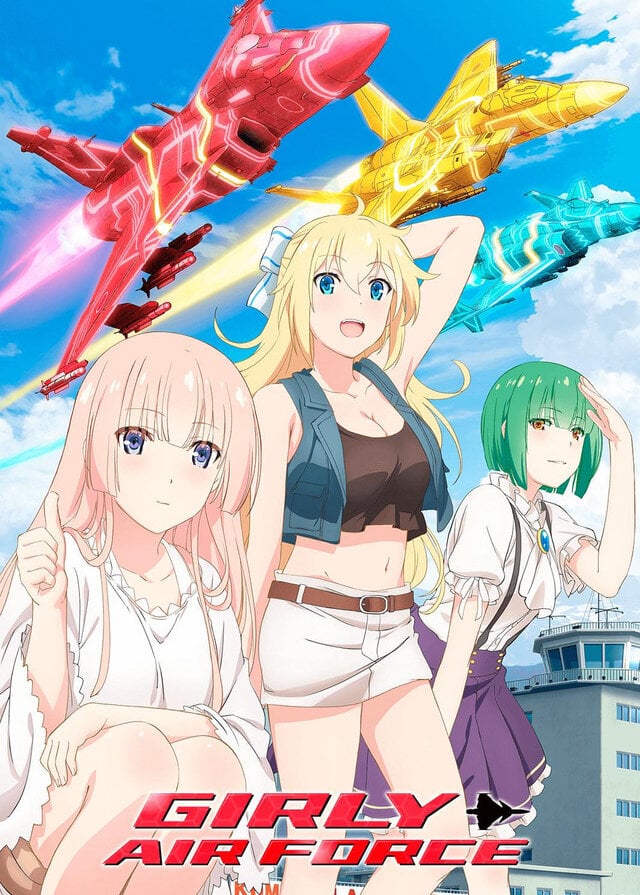 The World You See

The Mission to Retake Shanghai

A Homeland with No One Home

The Sky I Fly with You

The best combination I can come out with this anime is “DARLING in the FRANXX” met “Ace Combat”. I could make even more ridiculous combinations. I could say this is just another rip-off of “Arpeggio of Blue Steel”. Come to think of it, “Girly Air Force” also, at the same time, aired with “The Magnificent Kotobuki”. It’s another show about military and plane. Well, this isn’t a new trend because turn objects into cute girls aren’t something new. I think I feel deja vu here. Did I ever say that we also got a doujin where a doorknob turns into an anime girl? I mean, if I forget, I’m sorry I have to say it again. In terms of quality, “Girly Air Force” isn’t that bad. But, I don’t understand what cracks they can come up with. To be honest, I don’t know what this show is about. Does this anime refer to people who love airplanes, I mean, love airplanes? The concept of aliens invasion isn’t a new concept I see. Science fiction in anime always plays out of mind. You get anime such as “Neon Genesis Evangelion” and “Code Geass”. For other reasons, anime like “DARLING in the FRANXX” came crawling to the ground and became our savior and prophet. “Girly Air Force” centered on Kei, the protagonist, encounters by chance. Kei meets a mysterious Anima girl called Gripen, stranded after successfully saving Kei and other ship passengers. Yet, they just kissed already. You can imagine how the protagonist reacts. Still, you don’t know the reason. Maybe it’s because I don’t know how a relationship is but come on, you can come with something new. Instead, do you get the pattern here? It’s like the first episode of “DARLING in the FRANXX” where the protagonist and heroine’s situation was on the corner. Plus, didn’t I mention the character design of the heroine, pink hair? You think you would get a “cute girls doing cute things” show, right? Yet, you are wrong. The story didn’t have enough story and development about them; besides focusing on the chemistry between the two. It’s just there, don’t know whether the two of them were in a fiction or not. Sure, it’s a bad joke. Regardless of focusing on the main protagonist and heroine relationship, it gets worse when the show introduces more other heroines. You got this childhood friend, the active one with annoying tropes, and the passive but more aggressive. The show fails at it. We don’t have enough material so we don’t care about all of them including the protagonist too. I have also mentioned we get other heroines. There are Eagle and Phantom. One more thing, this isn’t a harem show which is kind of disappointing of course. I mean, I’m happy if this isn’t a harem. But, the show seems to be trying so hard. Many heroines surrounded the protagonist. Above all, this wasn’t a harem show. While there is a potential with Phantom personality, it’s just bad when, back again, the show surprised with its existence. It didn’t know where to go. In the most show, we don’t forget Minghua, another pointless character, either plot device or whatever, there is nothing. I also want to say that the ending (yes, the ending) sucks. But, there is potential when the story explores the dehumanization of Xi and Anima. It only happens at the end of the story. Besides, it’s just another default template and copy-paste from your favorite anime. On the other hand, I also surprised with this anime. They wanted this anime to be a slice of life in general. Instead, you get generic action and you also get a slice of life. I just don’t get it honestly and I also don’t want to understand it. Satelight produces a lot of decent anime but one of them is good. There are “Hellsing Ultimate”, “Log Horizon”, “Nanbaka”, “Hakata Tonkotsu Ramen” and many more. “Girly Air Force” isn’t one of them yet just a decent work by them. The visual is decent but the animation has its essence. The action didn’t work well but it’s just there with no anything what’s going on. Solid and monotonous isn’t the right word. Explaining it in words seems rather difficult unless you have to see it. Nothing new with the character design, it’s like another reject design from another decent anime. This is one of the shows I don’t enjoy. It takes times so that I can digest each episode. For weeks, I just stuck with this anime even though I know it I couldn’t go through. Yet, I have principles, start something and finish it to the end. I mean, I have seen worse than this. “Girly Air Force” is a mindless, pointless, whatever science fiction adventure you just have to give it a monotone value. I don’t have any words.

No spoilers here, just thoughts for y'all to skim through if you are curious about watching this:  This anime not something that'll blow you out of the water good; but it is fairly enjoyable casually. The plot was fairly predictable for the most part, but I liked the dark twist direction the anime went in the final few episodes.  If I had to describe the vibes I got from this show: I personal would say it's a mix of Darling in the Franxx and Trinity Seven. The main female chracter is like a shy and quieter version of Zero Two, and the plot being centered around the protagonist riding in a war machine with his female partner to fight alien creatures with advanced technology that we know nothing about is very much like Darling in the Franxx. And the other "anima" feel like the members of Trinty Seven: distinct, completely different personaliites coming of an elite subset of girls that are the most powerful of their kind in the world.  I don't get how this anime isn't classifed as a harem tho. The MC is literally surrounded by a cast of almost all girls - with 3 of which having a romantic interest in him. It genuniely felt like they were trying to turn it into a harem after the halfway point, and looking at the other reviews I'm pretty sure everyone else got that feeling too. It's wasn't necessarily bad, but a weird focal shift.  Overall I did enjoy it, and would reccomend it if all you want is a casual, science fiction action anime with a romantic harem touch and albeit predictable but decent plot. If it at some point does get another season: I wouldn't mind and will certainly give it a watch.

That was a good anime. Nothing to say about animation and sounds. The story was quite complete for a 12 episodes anime, but for me, viper 0 hasn't been very accentuated. I mean we only saw her 2 times, and for minor things. Guess she deserves more importance. The others animas have all their own personality and I liked it, because it shows the quality of the anime. Create a harem would be easier, but they did a really good job on the hard way.  But I don't understand something, which is the real role of Kei. I know he protect gripen for mental breakdown, but that's all. And the problem of the "thinking capacity" between animas ans humans, that humans can't be as good as Animas because they're too slow compared to them, did nothing. During all the anime, Kei can shoot all the airplanes as simply as if he was an anima, but he's not. So his he an Anima ? I don't think so ? A genetically reprogrammed human ? Maybe.  but in general, it was a good anime. 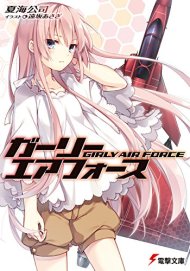 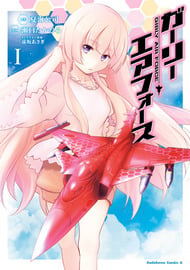