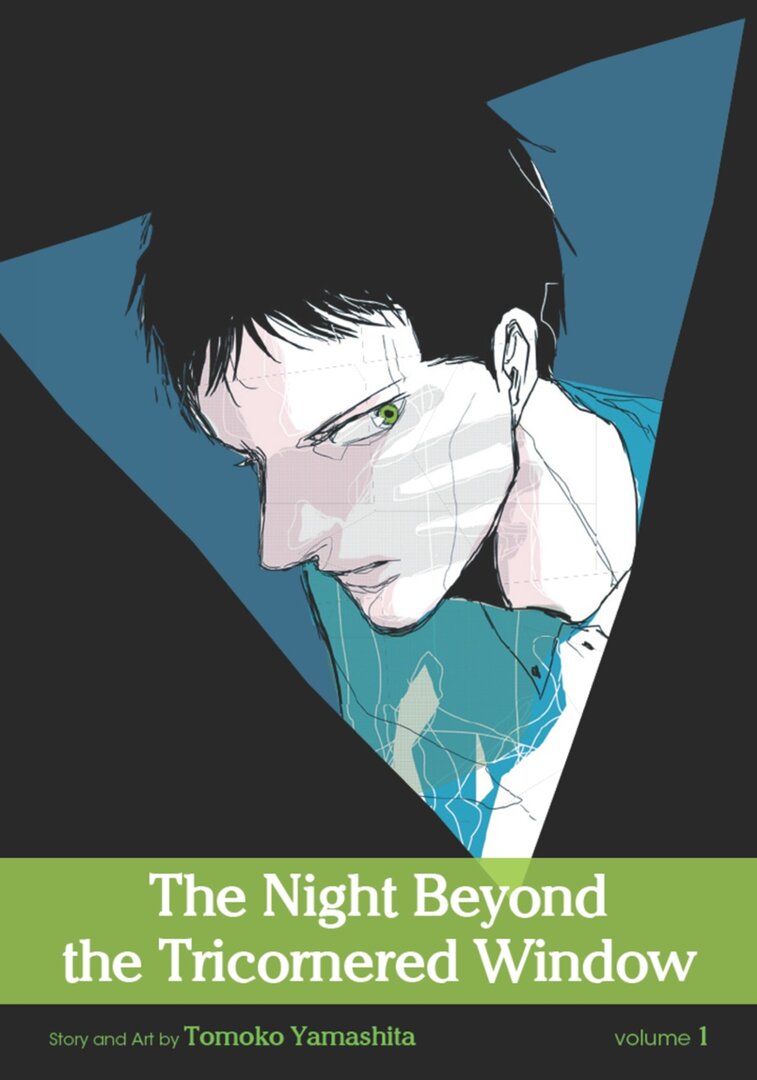 If you're looking for manga similar to The Night Beyond the Tricornered Window, you might like these titles.

"Should I tell you the truth?” Ever since a traumatic incident caused him to lose all of his childhood memories, Tae-jun has been haunted by terrifying hallucinations and nightmares. While apartment hunting one day, a hallucination leads him to Yeon-woo, a handsome man who recognizes him immediately. But after moving into Yeon-woo's spare room, Tae-jun begins to have recurring nightmares of bloody, disembodied hands groping him… As an unexpected attraction grows between the two men, will Tae-jun be able to uncover the hidden secrets of his past? Or are some secrets better left untold?

Both of these stories have horror and supernatural elements, and feature themes about memory and the nature of good and evil in humans

I Can't Stop Loving You!

Kyouji is a Buddhist exorcist, although he can't see ghosts his best friend and lover, Yu, can! Maybe they'd go all the way if Yu's incredible supernatural strength could be held in check. How can a steamy, sexy relationship survive such obstacles?

The story centers around Kujaku, an exorcist with supernatural powers. Kujaku is suddenly transported to Japan's Sengoku Era. He must fight against a curse that has created Youkai.