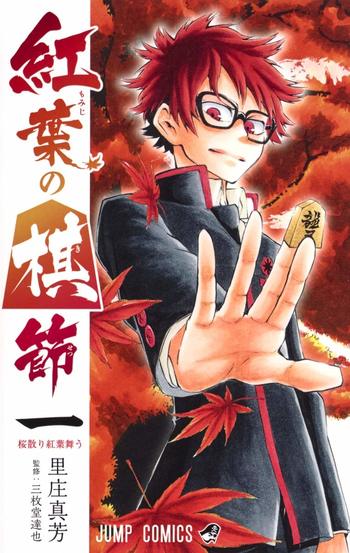 What do you know, a shogi series that kind of reminds me of Hikaru no Go. Too bad it fails in a lot of areas.

Its first chapter is rather by the books with on the nose exposition, forced fan service comedy and stunning levels of coincidence when the greatest female Shogi player also just happens to have been the student of Momiji’s dead brother (Why exactly does Momiji not know his brother had pupils? Was this some great secret or something?)Momiji has also managed to piss off a vocal few who find the series frustrating for its lack of Shogi explanations.

The series makes no effort to clue audiences in on how to actually play Shogi, and while that isn’t a true prerequisite to enjoying the story, it does make some of the surprise tactics lose weight and meaning. As someone unfamiliar with Shogi, I still get the sense that tactics used here aren’t meant to be all that detailed, fleshed out, and analyzed anyway. What is shown feels fleeting, as if given just enough attention to include Shogi in the story. You could probably sub Shogi out for Chess, Go, Checkers, what have you, and it’d all basically play out the same way. The depiction of the sport is so simplified that it’s inclusion in the story is dangerously superficial at best.