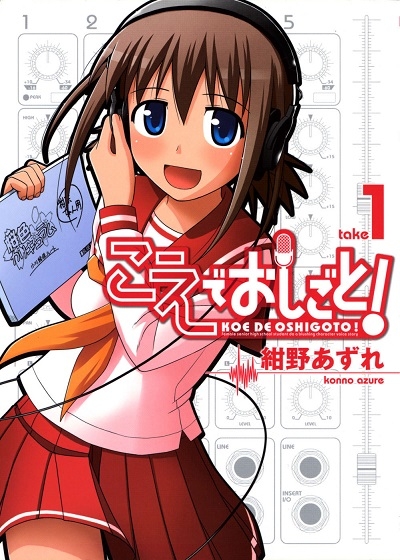 Follows the story of Rinko Ikeuchi, the daughter of wealthy parents who's on the fast track to enter medical school, but when her family falls on hard times Rinko is forced to take a job, any job, to make ends meet. When the handsome Sawakura shows up offering Rinko gainful employment she can't really say no, even after she realizes that it involves working as a production assistant in the world of hardcore adult videos.

A 26-year-old salaryman, Matsumaru Fumihiko, asked Miss Tanaka from his work to watch a movie with him, but she didn't show up at the movie theater. As he is about to throw away the ticket, a 20-year-old, rookie voice actress named Onda Aka asked for the ticket. The two of them end up watching the movie together. On their way home they notice that they live near each other. That night, Aka's apartment burns down and Matsumaru offers his help. She ends up living with him, but they have to keep it a secret to keep their jobs. What will happen to this relationship that is more than friends but less than lovers?

A young man trying to find a job becomes enticed by the only female staff member to work for an AV studio as a male actor. Antics and comedy ensue as their relationship gradually improves.

Illustrator, Sumire (pen name Ichigo) at BL game’s company, reunites with his high school classmate, Kai. Kai became a popular rising voice actor. Sumire start to be conscious of Kai’s acting in recording the love scene. Since that day, he can’t get it out “That voice” of Kai from his head… what…what!!! An erection!!? And a love story that unfolds on the scene of a little indecent “BL Games”.

The majority of men probably watched some sort of Japanese AV while growing up (some probably do even after they're adults!). This webcomic provides a real sneak peek into the AV industry with some added twists and drama!

A heart-filled and sexy story revolving around a high school girl Medaka Ogawa, and her friends Satomi and Rie. Join the trio on their high school experiences as they unfold.