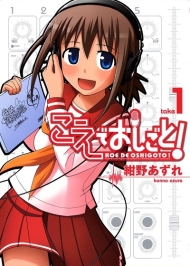 Growing up in their single-parent household, Kanna knows that her mom and big sister Yayoi always do their best to make sure she has the best life has to offer. So when said big sister asks Kanna to help out with work, she can’t help but say yes – but will Kanna ever be ready to lend her voice to the kind of video games Yayoi has been making? 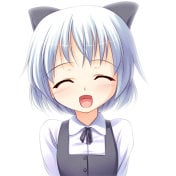 Koe de Oshigoto! is quite an "out there" manga, for a non-hentai release.Story - 8/10The story revolves around a newly turned 16 year old(Kanna-chan). She is asked by her sister to help out at her work; which involves making games. Thinking it to be a rather simple job, Kanna agrees to help, and heads over to her sister's worksite after school. Only to find that her sister spends her time making eroge games. Kanna, being quite the shy, easliy embarrised character, is virtually at a loss for words, and even more so when told she will be a voice actor!That's how the story starts, and from there, it brings in other characters both from within the industry, and from school. The story details on some issues surrounding eroge games and the work put into them, such as voice acting, censorship, genre's within the eroge main genre, and the lives of those who make them. Loads of humour, with a feel good atmosphere make this quite a nice, if at times disturbing story.Art - 6/10The art was/is nothing fancy. Rather standard manga level of detail, some humourous sounds drawn in, though a lack of creative imagery(such as chibiness, crazy eyes, etc).Characters - 8/10Some of the characters, including Kanna, the main, are a little cliche, but they fit their role well. Other character, such as Kanna's Onee-san, are quite original, and while not the most humourous, also fits her role well. There are some sensei figures, some friends, and then the glomping coworkers. All of the characters seem to fit into their roles, and bring out the humour, and emotion it seems the auther wanted them to.Overall - 7.5/10Overall the story will be what makes this a great read, and surely to be a great read as more of it is realeased. The art is rather standard, with nothing that really stands out, and the characters are fitting, if at times cliche, while still being both warm and humourous. 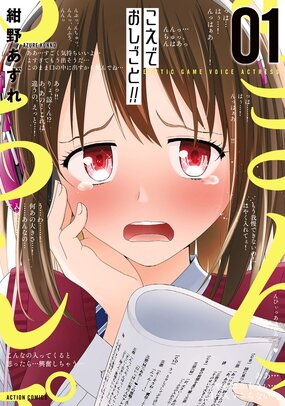 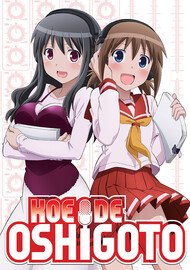