Ghost Hound: Another Side - Recommendations

Alt title: Shinreigari: Another Side 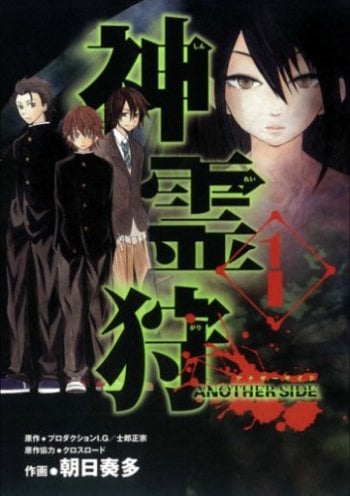 Every person has his or her own little world. Among the 34 bustling students of classroom 2-1, there are many such worlds. Akio Honjō's world — my world — is filled with passionate talk about last night's anime with Yoshida, Watanabe, and other friends. It's a fun, comfortable place…. But, I always wonder. Wonder about the world of Juri Makina, smiling and surrounded by gorgeous friends on the other side of the classroom. One day, I enter her world. But it's not as simple as it sounds.

Ruuko is back in action, and this time she wants answers! With her friend Hitoe by her side, she embarks on a quest to find out what happened to her former LRIG, Tama. Along the way she discovers the secrets behind WIXOSS and the struggles between the light and dark sides of the game. After a few shocking revelations, Ruuko sets out to correct the wrongs of the game and hopefully set the LRIGs free. She’ll have to battle other Selectors in her way first, and confront the game’s malicious creator. How far will Ruuko go to save the LRIGs and uncover the many secrets behind WIXOSS? The truth lies in wait, but will Ruuko be able to save the LRIGs from their fate?

An academy on an island in unnavigable waters. There, students trained tirelessly, to fight back against the enemies of humanity. The protagonist, a student newly transferred there, also sets out with the intention of eradicating all enemies of humankind. An unpredictable, intellectual suspense story of justice and evil.