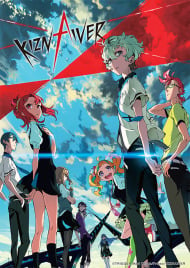 Kiznaiver is another case of how modern anime are so bankrupt, the only thing they are doing is thinking of some absurd premise, stuff the show with easily recognizable character types, and call it a day. You got the crazy one, the gentle one, the bossy one, the emotionless one, etc, and they are all part of this stupid idea nobody can take seriously, and yet they behave as if you should care. It’s the easiest and laziest way to create something that might raise a few eyebrows while it’s airing with its absurdity, but as soon as it’s over people instantly walk away, since it was never trying to offer something worthwhile. Although lots of shows manage to become memorable based on the premise alone, in the case of Kiznaiver it can’t even keep you interested with a concept that doesn’t fall apart the second you think about it. People sharing each other’s emotions and pain does not solve the problem of war and suffering, since sympathy has nothing to do with empathy. Also, how can any society function if thousands of people stop whatever they are doing every few seconds, because one of them hurt his leg or has a headache? It will be non-stop torture and nothing will ever be done in time. Yet, this mess is orchestrated by politicians who wasted billions of dollars on a project any person with three digits in his IQ could tell them it doesn’t work. Worst yet, it treats whatever the show calls characters, as nothing more than guinea pigs that do nothing but react to the situation. They have no life goals outside of being passive to a social experiment they never chose to be part of, becoming boring and uninteresting as a result. Whatever character development they seem to be getting, is forced upon them by the plot instead of it being achieved through personal choices and realizations. There are points where they have to open up to each other and make everyone realize they are not really as one-dimensional as they seem to be on the outside. They just act in specific ways that make them seem one-dimensional because that way they stand-out better. That sounds like self-awareness and development, but then you realize they were threatened into opening up, or they would be constantly tortured by a bunch of scientists who hacked into their private data without their consent. It’s illegal, immoral, and has nothing to do with free choice. Also, once all these revelations are over, they don’t amount to something. The characters keep acting in the exact same archetypical way thereafter, thus it’s a wasted concept. At least even the show eventually admits this crazy idea would never work, so to its credit it did something right instead of keep pretending it is functional, or that under different circumstances everything would be peachy. And thing brings up another usual problem many modern anime have. They build the entire plot around a crazy idea they eventually agree it would never work, yet still go on with it, just to show why it’s a bad idea to begin with. This does not make the show intellectual or deep, because the only thing it’s doing is telling you everything about it is wrong, therefore it could never work, and thus it shouldn’t even exist. Yet, it’s supported by several politicians and scientists that somehow believed it would somehow work. Basically, this makes every smart person in the show to be stupid, and by extension the whole show comes off as stupid.As it usually goes, the show keeps trying to hide this issue by throwing in as much romance bait and cringe situations as possible. Hey, look how messed up are these characters, and check out how crazy is everything. It makes sense not to make sense. And since the majority of modern anime fans care only about enjoyment instead of giving a damn about if whatever they are watching makes any damn sense, these types of anime get enough traffic to excuse the production of more of them. The only thing they are good for, is to analyze them for finding more and more reasons as to why retro anime weren’t doing this bullshit and were thus far better than all this modern trash.

I was somehow bearing with it, because opening from BOOM BOOM SATELLITES used to be a code for epic. I was patiently waiting for the moment when this is going to turn awesome, because I had a feeling when is the setup so artificial and unnatural - ergo chars are some sort of chosen ones, like from Mirai Nikki, that one was awesome and some unknown testing technology, that was built for greater good of humanity -- i dont know why it felt so Neon Genesis Evangelion, sharing pain and shit. I was decieved by good looks of the whole damn thing from distance. First thing - its not relaxing, entertaining or somehow educating. Story is bland and characters are bland AND annoying. The motive of this series is fundamentally wrong. If the author cant explain HOW it works, they should at least explain WHY it works. They didnt explain either, because i dont take "for brighter future" as legit reason. This kind of tech would be ethically legit to test ... no man, not even on death sentencees in prisons. I am really embarassed where the sci fi genre is heading. All positive credits im addresing to this series belong to the opening sequel.

1st impressions (1st-2nd episodes):Blunt protagonist, being exploited for something he has that is unique to him. Basic character archetypes including the muscle-man, the childhood friend, the airhead, the snob etc.Characters have nothing in common (appart from being shallow), but now they are connected with some sort of scientific mumbo-jumbo, according to which they now share pain. Animation is nice, but many other anime have nice animation.Voice acting is good, music and sd basic.Story-wise, makes no sense to me. Supposedly everything happens in order to find peace, that is what is explaned to us (through exposition), and for the mc to recollect something he lost. Everything seems to surround the fact that the mc is unable to feel pain. Many will be thrilled with the concept, but it is nothing more than an empty scenario to me with no depth, only edge and mature-wannabe thinking..Overall impression(complete watch): The theme of this show, although interesting as a concept, is shown to have, what I'd regard as, a weak excecution. It seems to me that all this pain share-method is nothing but a plot device that is used as an excuse to bond the team of the main cast, quite forcefully I may say. The characters, although they clearly have personalities of their own, they are not being fleshed out as much as I'd like to, and many times seem quite shallow with their reasonings.The ending wasn't properly addressed, felt rushed and out of place completely, regarding the series of events that led to that point, although the complete story was a bit of a trainreck as a whole..Verdict: One of those anime, that will be regarded as a top notch shows, but in reality it is nothing than one mediocrity, being presented in a silver plate. 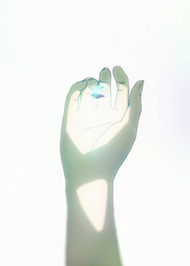 Sangatsu no Phantasia: Hajimari no Sokudo 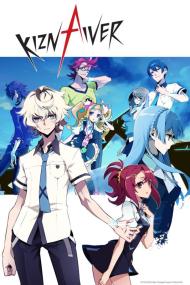 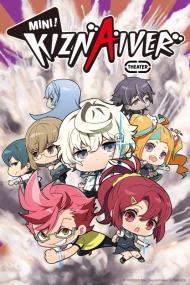