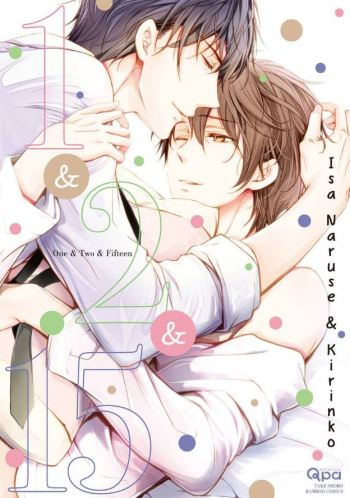 Kokoro is a young bureaucrat from a family of pedigree. To better prepare himself of becoming a politician, he decides to travel abroad with his father’s secretary, Maki. Will Kokoro reach his destination with Maki…!?

The second son in a family of beauties, Naruse Shouta, is a world-famous hairstylist and model. He constantly showers affection over Ichii Hisashi, the grim but pure-hearted high school student who lives across the street. Due to his self-imposed "Under 18 is Prohibited" rule, Shouta has been impatiently waiting for Hisashi to grow up. However, none too soon, Hisashi's 18th birthday approaches...

A story about a little accident that brings a high school student to develop a closer relationship with his “good-for-nothing”, older, second cousin.

With the disappearance of his family, Motomasa Sou has to live with Masaki Shoua, his relative and famous actor. Life together begins for Sou and Shoua, with surprises and fun...

Since childhood, Keisuke has had a strong attachment to his brother's childhood friend Hisashi. One day, Keisuke visits Hisashi's home, where he suddenly recieves an unexpected kiss! What's more, Hisashi tells him, "I've always loved you!" But is Keisuke the only one confused?

Ah, where there are innocent and cute young men there will always be older rich men who love them secretly from the shadows and support them anonymously.

Manaka keeps on falling for straight men and gets dumped as a result. One night after the last train, he fell asleep drunk on a bench on the train platform. He was then woken up by one of the staff members at the train station, Ogi. And he’s known, in private, as the “Prince of the Train Station” by many, a total lady-killer (and is probably straight too). As such, he has become Manaka’s target for his one-sided love. Truth is he confessed his feelings to Ogi when he was drunk that night. And Ogi replied with a kiss and said, “I like you too”. But Manaka thinks that that was all just a dream. Will he ever realize that that was not a dream at all?! It’s definitely hard to be in a relationship with a younger man. A train station themed love affair between a good-looking train station officer and a stubborn designer will set off now!

The Wolf in the Flower Shop

Riku Kirishima, a rough-looking high schooler, is a lover of romantic comic books who takes care of his family in place of his late mother. He has a younger brother, who he cares for deeply. One evening, he is suddenly embraced by a man in the park who offers him $300 to spend the night. Riku runs away, but soon learns that the handsome pervert who approached him is actually the guardian of his brother's friend! Enjoy this love story between a handsome florist and a romantic high school tough guy!

After Natsu, an innocent elementary school teacher, agrees to private lessons from the famous magician Rentaro Takamura, he quickly realizes there’s more to the deal than he bargained for. Not only does Natsu learn that his stage idol is a passionate and adoring lover, but discovers he isn’t even out of high school yet! Will their love vanish into thin air when tested by perilous obstacles including but not limited to teenage hormones, angry school children, and a job offer overseas? Or does Rentaro have the magic to keep their relationship together?

Chiaki, an elementary school boy, brings his classmate & friend, Masamichi, home. There the irrepressible Masamichi meets Chiaki's older brother, Tomoya. Masamichi then proceeds to call him "cute," and ask him out. There's a five-year difference between their ages, so it's understandable when Tomoya freaks. The chase begins...and continues for years, while Masa works his way through elementary school, middle school, and high school...