How can anyone not love this badass genius <3 <3

makishima is one of my most favorit characters 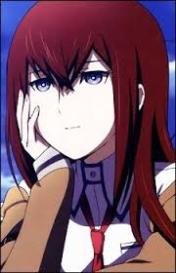 I kept watching this amazing show, and this man was the driving force behind it.

VLol ikr, he's just a pretentious dick who thinks he's better than everyone else.

First half of the series lets be honest this guy was an arsehole he helped criminals murder people sure he was anti the system but really there was no greater meaning behind what he did other than to kill time because he was waiting for the helmet to be completed. He became awesome the moment he killed Akane's friend. Sounds harsh right? But while he came across as really cruel that moment it also just magnified how shallow Akane's faith was in the system and while you as the audience suspect the system isn't quite right its at this moment you realise that something is seriously wrong.

People call his methods cruel in the 2nd half I would argue that they were nececessary to the situation he was placed in and enjoyed his interactions with the chinese immigrant the hacker. While the villain of the series its also easy to argue that he is more of anti-hero as the true villain is the system itself and honestly I was more upset that Shogo and his hacker companion got killed off than a certain two enforcers who didn't have enough development and were ultimately tools while Shogo was a free spirit.

A superb villain I will miss both Shogo and squealer two incredible villains that set a standard that other anime and manga should strive for but not copy.