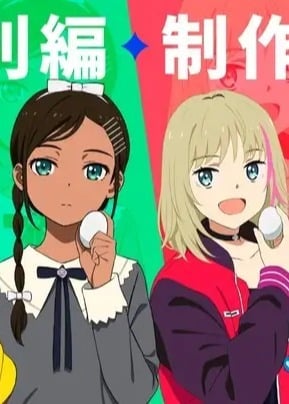 If you're looking for anime similar to Wonder Egg Priority Special Edition, you might like these titles.

One day, when they were children, Maya and Ami were out playing in the summer sun and happened upon a mysterious and legendary creature known as a Tsuchinoko. Lovingly naming it Tsucchi, the pair decides to keep it as a pet. Now the two girls must train themselves to avoid Tsucchi’s attacks, try to find out what it likes to eat, and attempt to find a partner for their beloved new pet.

In ancient Japan, the great god Susanoo rose from the underworld to defeat the treacherous dragons plaguing mankind; but in his attempt to free the world of the serpents, he was banished - only to be reborn in Koichi Susa. This boy Koichi, a descendent of the keeper of the Shrine of the Eight-Headed Dragon, runs from his destiny as he struggles with his fears. With dragons arising around Japan, Koichi attempts to rise above his despair and protect his childhood friend Tarumi, only to find another challenge waiting for him...

Back Alley of candy Shop Which everybody hascalled it "Alley of Ghosts". Gacharico the Ghost lives there, but it's a secret That only little Miku, from the family candy Shop, Knows. The content of the Capsules Appear to BE ordinary Toys, but inside Gacharico the Ghost, Live an Abundant of Other Ghosts, Each with Their own personality. Even today, the Ghosts Are USING all Their powers to try to inspire awe and feelings in the Children Around Them.